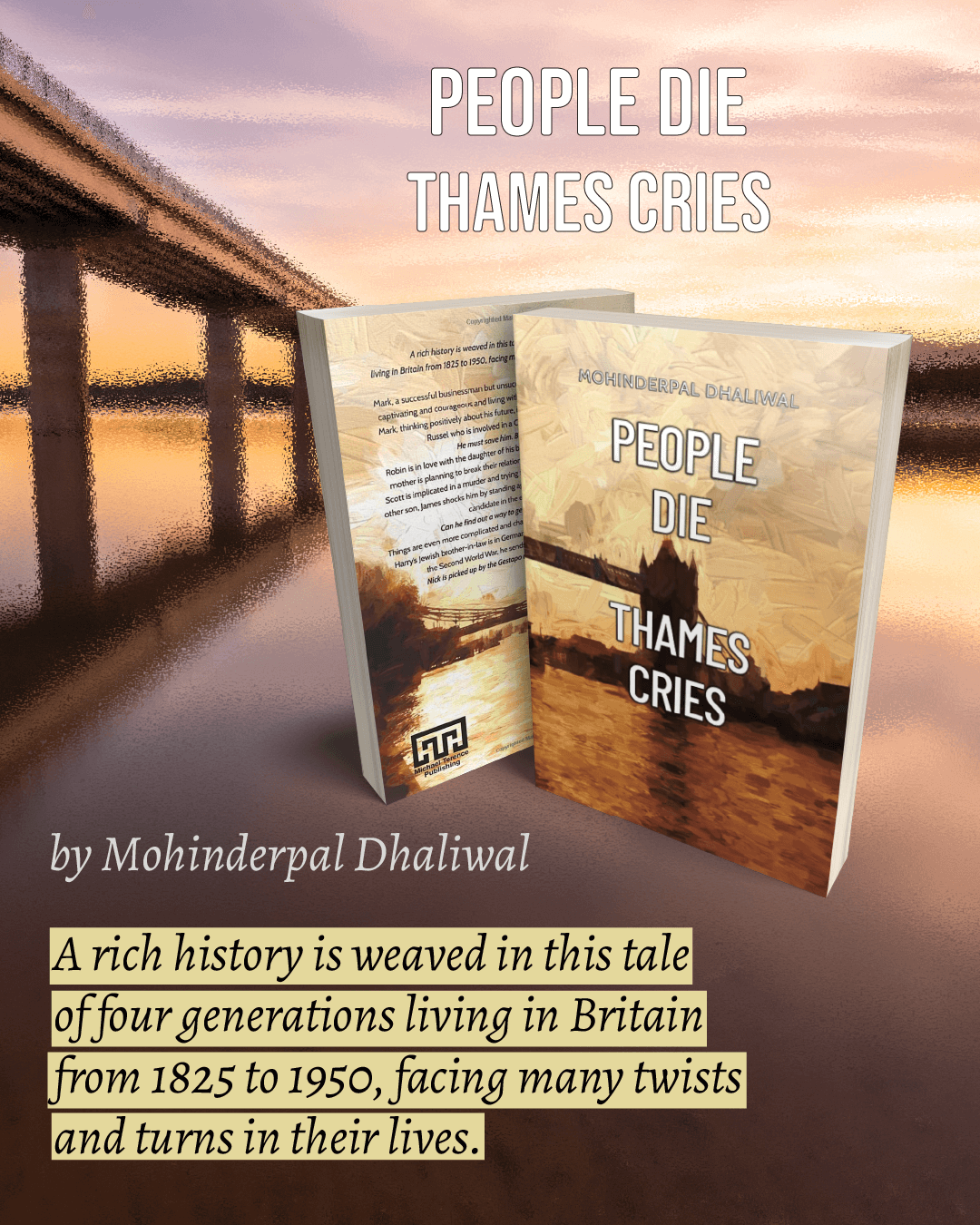 A rich history is weaved in this tale of four generations living in Britain from 1825 to 1950, facing many twists and turns in their lives.

“Mohinder Dhaliwal has woven an interesting narrative which brings to life the social, economic and political events of Britain’s history, and the lives of ordinary people, during the period of the industrial revolution. It is a pleasant read and I thoroughly enjoyed it.” – Prof. Ranjit Dheer

“The novel was captivating and beautifully incorporated with facts from history. The characters were believable and I cared about them as if I was reading about family members. I became one with the story and the plot had so many twists and turns I couldn’t put the book down.” – Gurjeev Dhillon

“I enjoyed reading the book, it was full of emotions and everyday life of high society and the working class, their problems are different but life plays games. It was a lesson in history without knowing. A must-read.” – Preet Bains

A rich history is weaved in this tale of four generations living in Britain from 1825 to 1950, facing many twists and turns in their lives.
Mark, a successful businessman but unsuccessful lover, meets Jenny who is captivating and courageous and living with her husband, a retired captain. Mark, thinking positively about his future, incidentally sees his friend’s son, Russel who is involved in a Chartist movement.
He must save him. But can he?
Robin is in love with the daughter of his bank employee, Jennifer, and his mother is planning to break their relationship. Robin’s friend, Alan’s son, Scott is implicated in a murder and trying to prove himself innocent. Alan’s other son, James shocks him by standing against him as an opposition party candidate in the election.
Can he find out a way to get out of the crisis?
Things are even more complicated and challenging for the next generation…
Harry’s Jewish brother-in-law is in Germany with his family. At the time of the Second World War, he sends Nick to get them out.
Nick is picked up by the Gestapo and he plans to escape.