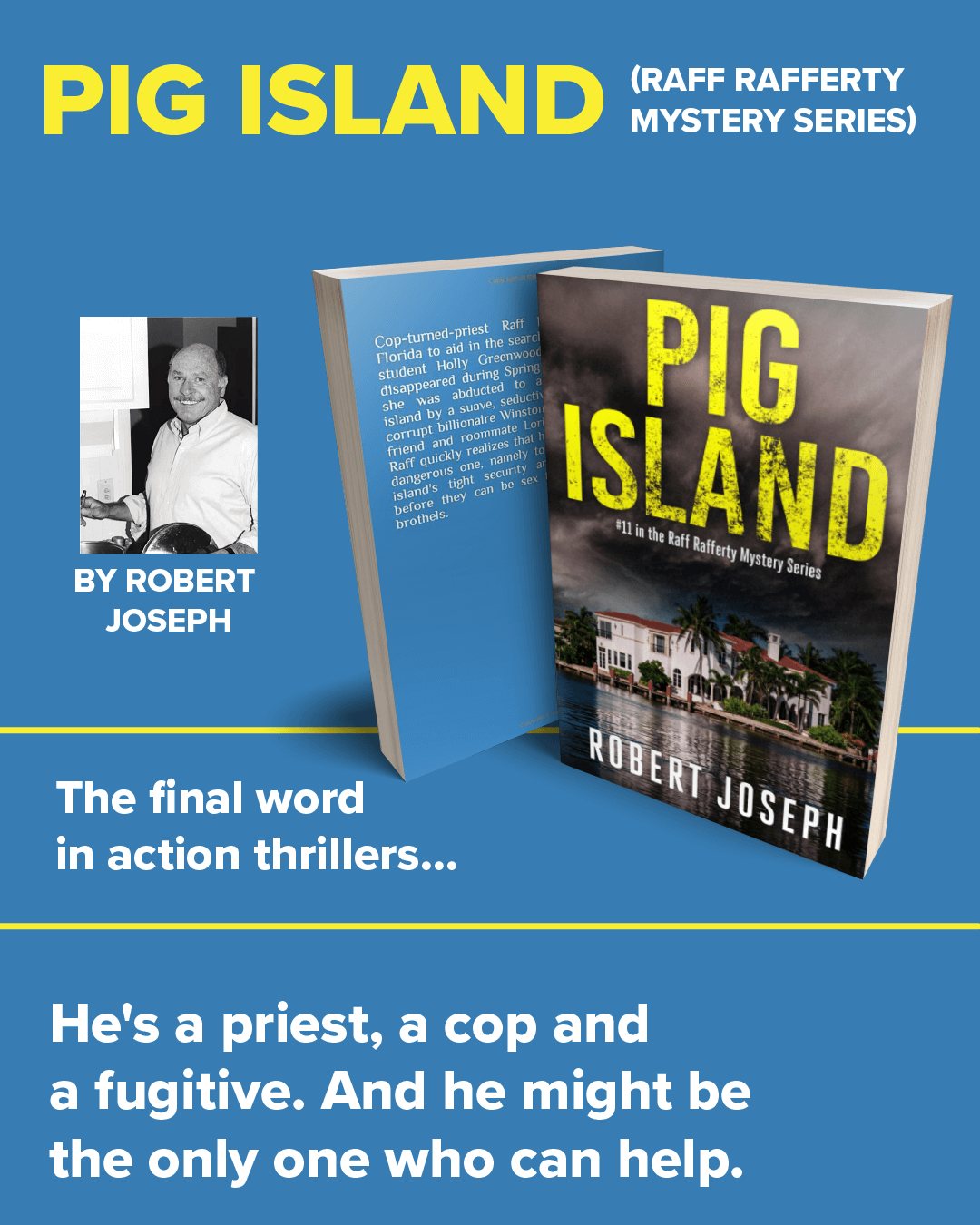 Cop-turned-priest Raff Rafferty travels to Florida to aid in the search for missing college student Holly Greenwood who mysteriously disappeared during Spring Break, learning that she was abducted to a remote Caribbean island by a suave, seductive pilot employed by corrupt billionaire Winston Waxx. When Holly’s friend and roommate Lori is later kidnapped, Raff quickly realizes that his only recourse is a dangerous one, namely to secretly violate the island’s tight security and rescue the girls before they can be sold to foreign brothels.

About the Author: Robert Joseph

After selling more than 1 million books published by such companies as Ballantine, Berkley, Fawcett, Pinnacle, Noble Porter Press and W. H. Allen, author Robert Joseph comes to the Kindle with his 11th book in the Raff Rafferty mystery series called PIG ISLAND, which is currently available at Amazon.com., as are the 10 earlier books in that series as well as his other non-mystery works.

Robert has also written screenplays, including the Everest Pictures film THE DIVINE LOVERS and the soon to be produced by Showcase Entertainment THE LAST SEASON, adapted from one of his novels. In addition, he has written works for the stage presented in Los Angeles theaters.

He currently lives in rural Nevada where he can indulge his Sagittarian love of horses and big dogs.