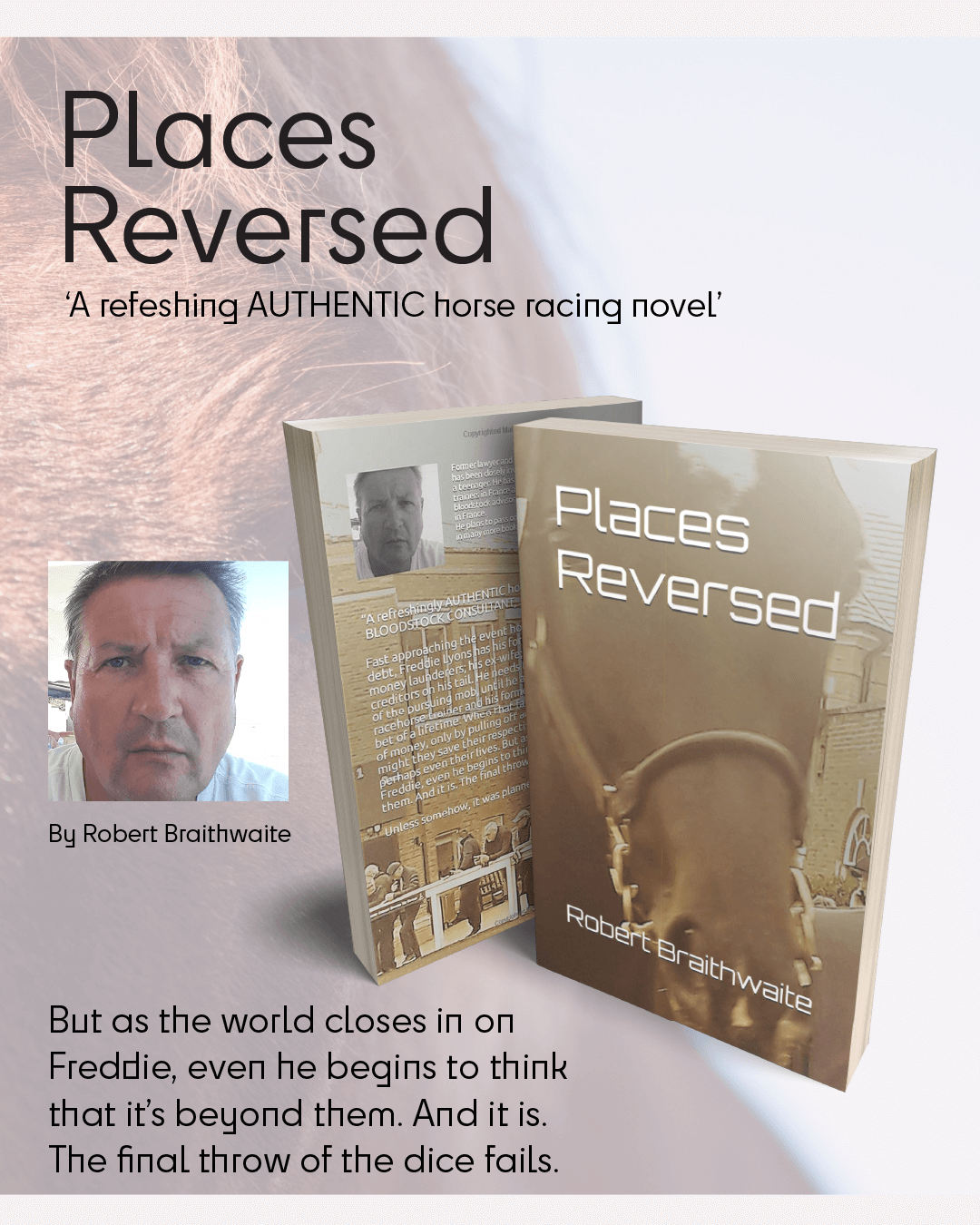 Unless somehow, it was planned that way all along?

Fast approaching the event horizon of a catastrophic debt, Freddie Lyons has his former clients – Russian money launderers; his ex-wife; and a trail of other creditors on his tail. He needs to keep one step ahead of the pursuing mob, until he and Birkett Coward, the racehorse trainer and his former boss, can pull of the bet of a lifetime. When that fails, out of time, and out of money, only by pulling off an audacious gamble, might they save their respective fortunes, and perhaps even their lives. But as the world closes in on Freddie, even he begins to think that it’s beyond them. And it is. The final throw of the dice fails.

Unless somehow, it was planned that way all along?

About the Author: Robert Braithwaite

Robert Braithwaite has been closely involved with horse racing since he was a teenager, when he began riding work before school for local trainers in his native Lake District. Reading law, before embarking on a business career, he spent most of his undergraduate years on the gallops at Newmarket. He has since worked as assistant to leading trainers in France and England, been a racehorse owner, and bloodstock trader. His time is split between Suffolk and Normandy where he consults to clients as a bloodstock advisor and syndicate manager.

Well known on both sides of the channel, he plans to pass on his insider’s knowledge of the game in many more racing thrillers and mysteries.