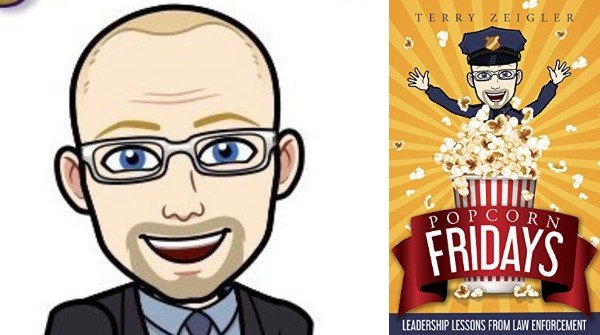 Terry Zeigler, retired Chief of Police from the Kansas City, Kansas Police Department, shares practical advice for a realistic look into the struggles and successes of leadership. During his time as Chief, Zeigler implemented significant change into a regimented organization, dealt with a strong labor union, navigated unsavory local politics, and helped his organization recover from the unthinkable; two line-of-duty deaths in less than three months. These stories and more, shared in a simple conversation-style format, feel as though he is sitting and sharing with you in person. His stories are real, bold, and unfiltered. Zeigler is candid that several outcomes are not what he had hoped for.Popcorn Fridays is named after the actual popcorn machine that provided a treat, raised morale, and strengthened relationships within the KCKPD at a time when it was desperately needed. After losing two officers, Zeigler admits that he wasn’t open to new ideas as he denied his own grief. He didn’t realize how much his personal struggles impacted his decision-making as the leader of an organization. This story demonstrates how intentionally listening to employees benefited a struggling leader and helped heal an entire organization. Leadership can be the most rewarding part of any career, but it is also hard, messy, full of unforeseen potholes, and can take a toll on not only your professional, but personal life as well. This is not a typical leadership book, the principles can be applied by any individual, whether in a current management position, or aspiring to become a stronger leader.