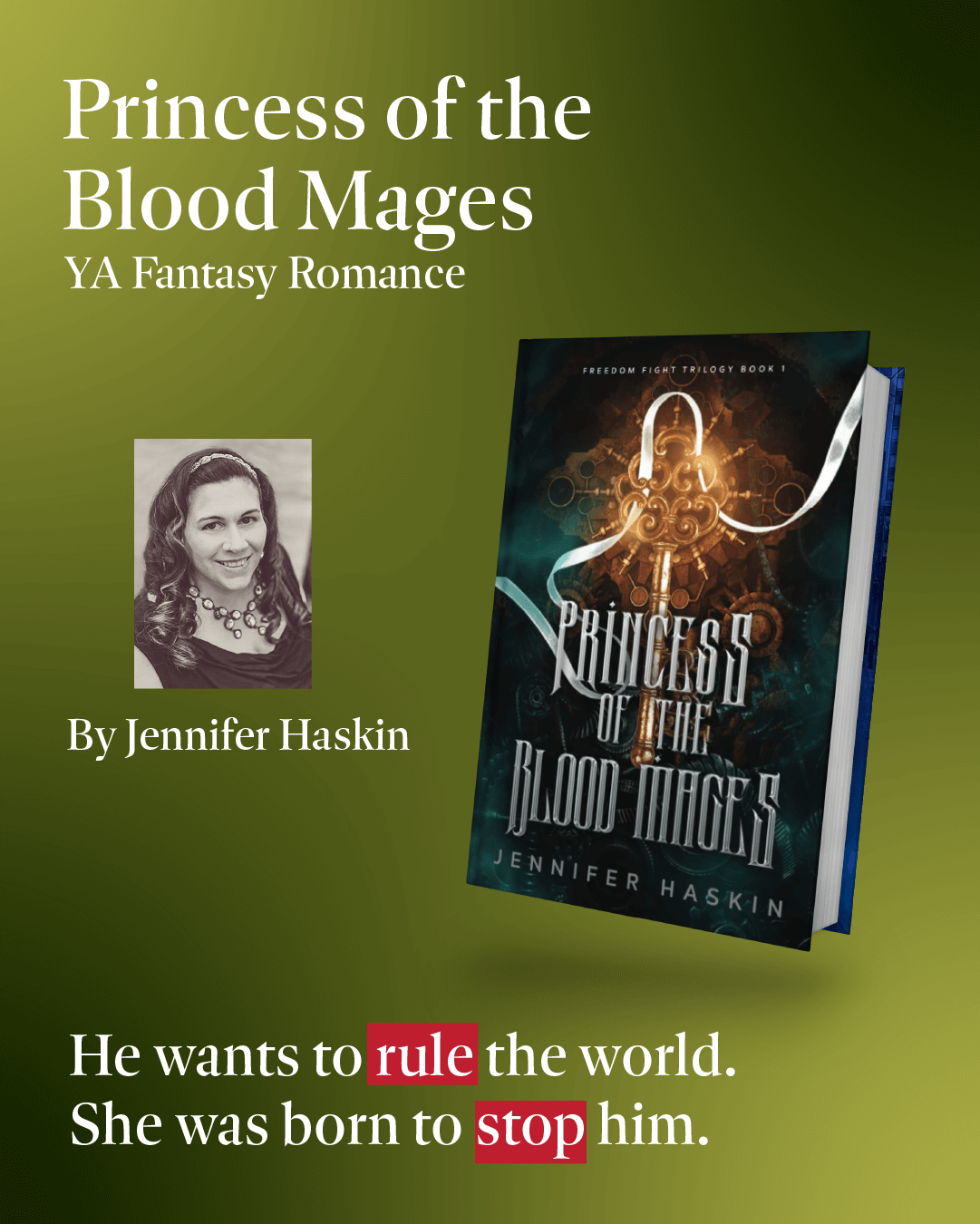 Princess of the Blood Mages

He wants to rule the world. She was born to stop him.

Fale secretly began having visions of things before they happen when she turned 18. But when she uses the vision of a deadly encounter to save the life of her hot, biomechanical crush in a fight, she sets into motion the race of their lives.

Henchmen emerge from the shadows, and Fale and Keron battle to stay alive. When Fale’s only remaining family disappears, leaving a kidnapper’s note, they go into hiding. There, they discover a hidden romance that steams up their hideaway.

Fale searches for clues to discover why she is being hunted, and how to get her family back. When the answers come, no one could have expected the role Fale is called to be, or the impossible task she must fulfill. Fale’s powers awaken as she learns who her true enemy is and why they want the antique key her father gave her as he lay dying, saying it was her destiny.

The human citizens of Alloy City have believed the lies they were fed, and magic has been forgotten, though the war between wizards and mages has been brewing for centuries. If Fale can accept the identity she’s been given and the power that runs in her veins, a greater fate awaits her, but the war has awakened with her in the center.

Rebellion is in her blood, but can she admit that she has the strength to be a warrior princess? Can she defeat the greatest evil her world has ever known? Can she love a man who is part machine? ♥

About the Author: Jennifer Haskin

Jennifer Haskin has a passion to help authors with their writing journey, as well as achieve their publishing goals. She spent a few years learning the ropes of the publishing world as a literary agent, and then a publishing consultant, helping authors ready their submission materials to get the best shot at the contract of their dreams. An author herself, she markets her YA fantasy romance trilogy and is always writing a new series, all while helping authors perfect their books as Associate Editor for Touchpoint Press. She blogs her own journey weekly with writing, editing, publishing and marketing advice. Books are pretty much her thing. She runs a weekly writers’ workshop, and is honored to be a judge for the annual writing contest Ink & Insights.