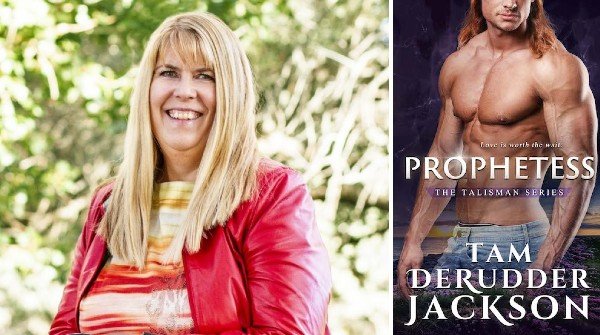 Happily ever after is for other people.

Though she traveled extensively in warrior circles throughout the community, both at home in America and abroad in Scotland, Shanley Conlan never discovered her warrior. When the war goddesses killed her sister and brother-in-law, she assumed guardianship of her orphaned niece and walked away from her dreams of life with her fated warrior. In private, she grieved the man who no doubt lost his life when he didn’t find her, a victim of the goddess’s curse.

Resigned to her destiny…

Called back to Scotland to participate in the Samhain rituals sealing the Conlan heir to their ancestral home, Shanley is shocked to find the family harboring a rogue warrior. How else can a man nearing forty still be alive without being mated to his talisman? Worse, she can’t seem to help the lightning-fast attraction she feels for Alaisdair Graham.

Can detours lead to second chances?

Alaisdair is desperate. Gone into hiding thirteen years earlier when he didn’t find his talisman in time, he knows the reprieve from the goddess’s curse is short. If he doesn’t find his mate in the next two weeks, he won’t live long enough to celebrate another Samhain. Thinking he was spared to marry the much-younger Conlan heir, his hopes are dashed when her true warrior arrives. Yet into his life walks Shanley, and he thinks the cosmos have taken his side at last. All he has to do is convince her—before the goddess strikes and takes them all.