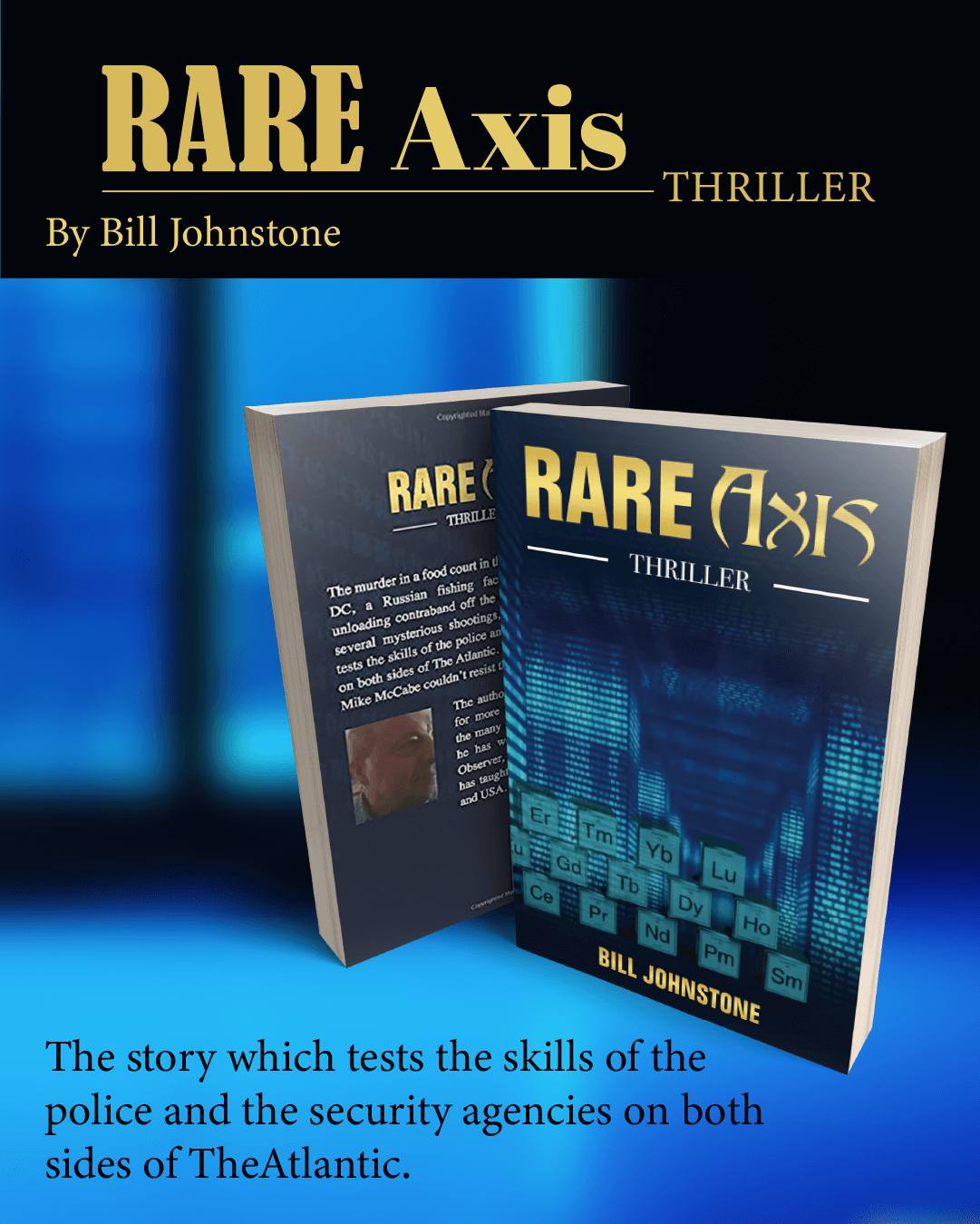 The murder in a food court in the heart of Washington, DC,

The murder in a food court in the heart of Washington, DC, a Russian fishing factory ship,apparently unloading contraband off the coast of Scotland,and several mysterious shootings,link the story which tests the skills of thepolice and the security agencies on both sides of TheAtlantic.Investigative journalist Mike McCabe couldn’t resist the challenge either

About the Author: Bill Johnstone

The author has been a journalist for more than 40 years, having worked for The Times, the Observer, the BBC and a host of other publications and news outlets in newspapers, magazines, radio, television, wire and online.

He started life as an undergraduate in Scotland studying engineering, graduating with honors but through radio ended up in journalism. After almost 20 years as a journalist he took his Masters at the University of Westminster, London and then Ph.D. at the University of Florida where he was honored for ‘Outstanding Academic Achievement’. He has taught journalism in the UK and the USA.