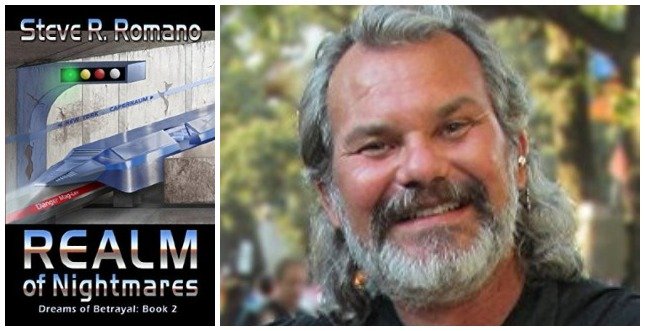 It’s the year 3021 and the world has long forgotten who the Ancients were and how they destroyed life on the planet. Their once ultra-modern world now sits in decay. The passing centuries have re-birthed a primitive world. But the remnants of humanity are unaware of the Ancients’ threat that spells doom. The survival of humanity depends on what one man does next.
Available on Amazon

Steve R. Romano’s fascination with science fiction started as a child after watching the premiere episode of Star Trek. In high school, he became a bigger fan after being assigned to read many of the well-known classics in a science fiction English class.

Steve’s interest in science fiction was further heightened when his sci-fi heroes–Gene Roddenberry, Theodore Sturgeon and Ray Bradbury–spoke at his high school at one of the assemblies. Mr. Roddenberry showed the students a film of Star Trek bloopers, it being a treasure from Gene’s private collection, never shown before publicly.

Steve’s pastime entertaining guests at renaissance festivals as his witty, costumed character “Laktos the Intolerable” inspired the characters in his “Dreams of Betrayal” series. After his friends read several of his amusing stories that were written for their benefit, they encouraged him to take things a step further. He then turned the series of tales into a short novel. After an editor critiqued it and gave him valuable pointers, he was ready to start the long journey ahead that lead to Steve finding his passion, being a full-time author.

Steve and his wife Heidi decided that there was a need for family-oriented children’s books that are not only entertaining, but also teach values. They are currently writing two types of books: children’s picture books for the younger kids, and action-adventure stories geared towards older elementary school kids.