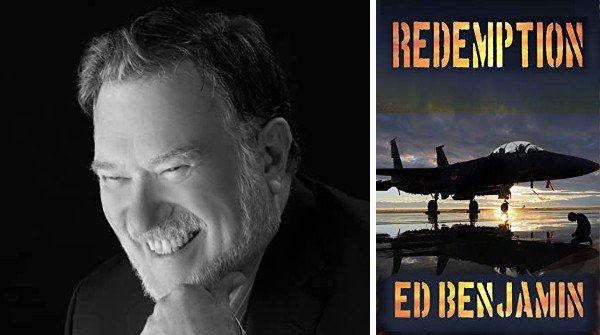 Will Harry ever find redemption?

An orphaned teenager stands before three graves. In despair and desperation, he enters the United States Air Force as a driver. Inspired by the pilots he ferries to their planes, Harry rises to become a Top Gun fighter pilot.

While flying his F-15 Eagle in a Combat Air Patrol show of force mission over the border of Iran and Iraq, Harry’s wingman is shot down by Iranian Captain Zandi (also known as Mar) using an experimental missile.

In the ensuing air battle, Harry displays amazing airmanship but loses consciousness, endures a life-threatening situation, and undergoes a near-death experience. After the mission, the air force grounds Harry.

While he waits for the results of his medical evaluations, Harry is assigned to the Air Force Office of Special Investigations. He discovers he has a natural investigative ability, but this does not keep him from falling into a pit of despair.

Faced with the fate of losing his flying career, Harry relieves his frustrations and feelings of abandonment and loneliness with alcohol and an assortment of women.

Will his love for Katie, a computer geek he meets on a case, help him?

And will he ever meet Mar in aerial combat to avenge the loss of his wingman?

Will Harry ever find redemption?

About the Author: Ed Benjamin

Ed Benjamin retired from the United States Air Force in 1990 where he served as an aircraft maintenance supervisor.

He also writes short stories and novellas; some of which he offers for sale via digital download. He has recently published a short real life travel adventure entitled, “This is Alaska,” and a novel, “Redemption,” featring Harry Miles.

Ed and his spouse live in Bulverde, Texas – also known as the “front porch” of the Texas hill country.