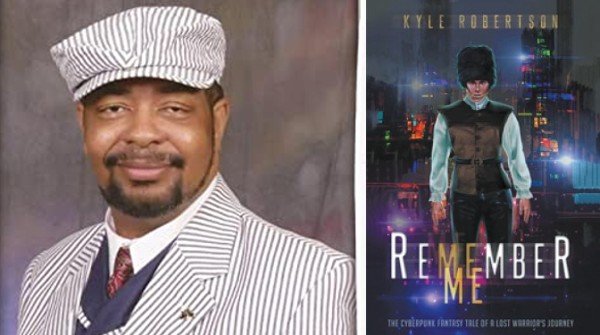 The Cyberpunk Fantasy Tale of a Lost Warrior’s Journey

How do you stop a dark destructive force when you don’t even know your own name?

A royal guard from medieval England in the 1200s was somehow thrust into a futuristic cyberpunk Boston in the 22nd century with no memory of who he is or what exactly was his job. The futuristic patrons of this dark insidious city thought he was not indigenous to their city and challenged him.

After a deadly altercation with a leader’s generals, the leader wanted to recruit him for his cause. He employed his female spy to retrieve the stranger. Klannis Chloe had to utilize her skills of spycraft and historical knowledge to gain his trust, but his true purpose was revealed by an elder vagrant who knew who he truly was, and also his destiny. The BoltLayer Clan and the three from Klannis Chloe’s team had to split their quests in order to defeat the darkest force on the planet. Each group has to travel through harrowing adventures to defeat this evil warlock preparing to finish off this dystopian world. Can our stranger stop him?

Kyle Robertson grew up an only child. His immediate family moved from Baton Rouge Louisiana to Milwaukee when he was 3. Without siblings, he realized very early in life he needed his imagination in order to make it through this life.

After graduating high school, ne did a stint in the military. After that, he began to learn the art of salesmanship. He was always an entertainment buff.

He sold many things from replacement windows to luxury vehicles to home entertainment install and all types of home electronics. He finally taught his trainees the art of selling home maintenance equipment.

He had a mishap and lost most of his sight and couldn’t sell anymore. In sales your normal day lasted 16 hours, so sitting, watching television all day, and collecting his disability check depressed him. He began to write to alleviate the boredom. That started in 2007.

This is his new career now. He writes fiction books with relevant subtext in them; He also has a motto he lives by. Your dreams don’t have an expiration date.