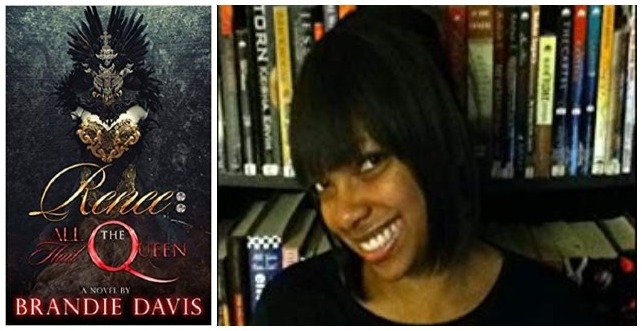 Renee is the queen of the city and runs it with an iron fist, but everything changes when people from her past resurface to seek revenge. They will stop at nothing until she’s dead. Will Renee find happiness and let go of her demons? Or will she allow her past to finish what it started?

Molested by her stepfather and verbally abused by her mother, Renee channeled her pain into passion and became the most ruthless queen-pin New York has ever seen. Haunted by her past and unable to let go of what was, she struggles to achieve inner peace while inflicting mayhem on the streets of New York.
Available on Amazon

“All Hail The Queen!”

Renee: All Hail The Queen” is the debut novel by Author Brandie Davis. Renee is a victim of sexual abuse at the hands of her stepfather. With a mother who verbally abuses her, Renee has no one to turn to except her best friend, Julian. Choosing to run away from her past, Renee finds herself in a position of power. But no matter how fast or how far she runs, she just can’t escape the faces of her past.

“Renee” was a fast paced read. I loved how the point of view switched between characters. I also loved that Brandie Davis chose to focus not on Renee’s career, but instead on her personal life and life outside of the streets. Page was a straight up lunatic and the Electra Complex storyline was interesting to say the least. The story was vivid and the characters unforgettable. I can’t wait for the next installment! 5 stars!

Born and raised in New York City where she lives with her husband, Brandie Davis-White graduated with a Bachelor’s degree in English from York College and is the founder of My Urban Books blog and Facebook book club. From home, she continues to pen drama filled novels.