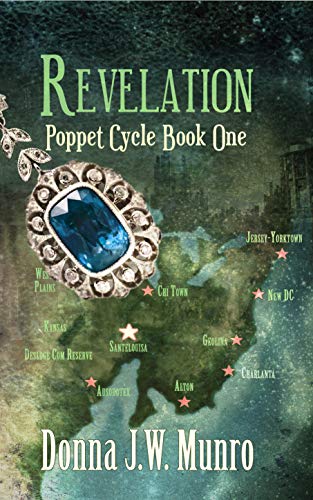 This is a riveting book that examines the implications of class structure in a world in which an underclass of poppets has been created to serve the upper echelons of society. It’s a very sensitive and beautiful book, an original take on the zombie mythos. It isn’t very often that an author comes up with a truly original concept, but this book is definitely it. I would highly recommend Revelation Poppet Cycle as a compelling read. Revelation Poppet Cycle is an inventive take on the zombie mythos in which reanimated humans are used as slaves. Ellie is caught in the middle as heir to the company that created and sells Poppets, the reanimated humans. Ellie has to make a choice between being heir to her family’s corporate fortune and exposing the corrupt practices that have given then great wealth. To complicate matters, Ellie falls in love with a boy from the wilds who was exploited by her family’s corporation. If Ellie doesn’t fall in line with her family’s corporation, they will kill Thom, her beloved poppet who is a continual source of support and saved her life as a child. This book has tremendous heart, and it’s a powerful statement about using compassion to overcome corporate greed. The action really pulled me through the book, and characterization rang true. An imaginative interpretation of the old south mixed with a future domed society, Revelation Poppet Cycle is a powerful reflection on the darkness of human nature along with the hope for a better world. It has enough action and suspense to make it a real page turner, too. 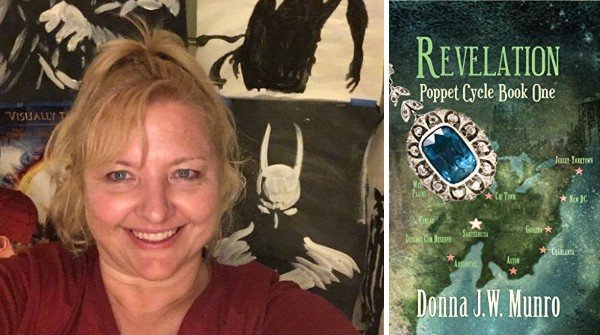 Ellie must choose between a life of wealth and greatness or her own forbidden love. Her choice will change the world. Ellie learns the poppet trade, her family business isn’t as harmless as everyone led her to believe. With the help of a boy from the wilds named Moze, she tries to change the tragic system from within. When she fails, she must flee or her beloved Thom Poppet will be murdered to teach her a lesson.