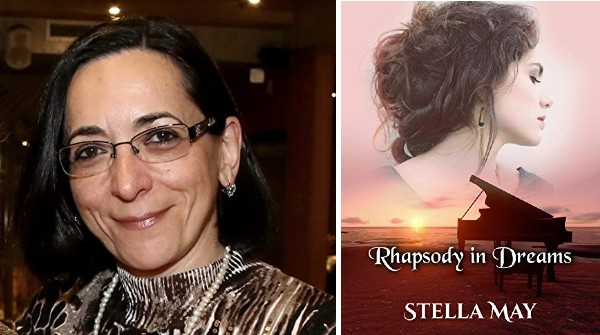 He saved her life. She became his muse.

Transcending time, their love was absolute—and always out of reach.

Is it too late, or do they have one more chance?

Both Kira Wagner and Al Gabriel have the gift of music. While he becomes a world-renowned pianist, she grows up to be a gifted surgeon.

Years ago, in 1992, they met in a dream that felt too real to be just a fantasy.

She was trapped under the rubble amidst the chaos of Hurricane Andrew, a little girl of six, and he rescued her from inevitable death.

For the next eight years, they lived their lives remembering the dream that changed them both and knowing that it was much more than a simple vision.

In 2000, at his concert, Al sees the face in the audience he’d never forget—the girl he once saved in a dream. So she wasn’t an illusion, after all.

But neither of these two encounters was the first time they’d met. Centuries of several lifetimes before create an unbreakable bond between them.

Miracle or curse? Mystic or reality?

Nearly a decade after that concert, fate reunites them once more.

Remembering each of their previous lives, where they met and fell in love only to be torn apart over and over again, Kira knows this to be the final reunion that destiny has in store for them. She knows they are meant, but Al doesn’t remember. Or does he?

Can two souls be united at last, completing their centuries-long journey?