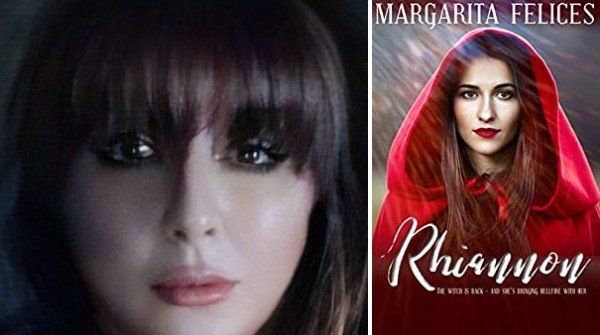 Mother Tydfil didn’t think that the woman who’d wandered down from the frozen mountains could have posed any risk.
But she should’ve sensed her aura.
After all, what’s the point in being a witch if you can’t spot one of your kind? But soon after, this young woman had taken over her cottage and Mother Tydfil was gone. Rhiannon Turner was a witch and she was there for a reason. Until she met Evan Harding and then it all changed. She hadn’t meant to fall in love with a married man. She hadn’t meant to get pregnant by him. She hadn’t meant to get on the wrong side of Evan’s wife, Elizabeth. But she did and now Elizabeth was after revenge. Elizabeth had a plan, to have Rhiannon accused of witchcraft and have her executed. Rhiannon went on the run but didn’t make it to the mountains. She gave birth in a field, was captured and her new-born left to die. Without a proper defence, Rhiannon was tied to the stake and the pyres lit. In the last moments before the flames consumed her, she cursed the village of Treharne.

Four hundred years later, Mari Thomas began to research a story. If the story was true then it would prove that Salem was not the first place that burnt witches at the stake – it was Wales.
Together with her University professor Simon Jenkins, Mari heads for Treharne and they both head up the mountain hoping to locate where Rhiannon was buried.
But was Simon really helping her or was he there to retrieve something of his own?
Double crossed by Simon, Mari is left trapped inside a cavern with no way to escape and accidentally finds a jar that holds a secret – and soon Rhiannon Turner is back.

Mari and Treharne’s local Pastor, John, are soon on the trail of a book written by the former Pastor that explains how to get Rhiannon’s soul back to where it was. Meanwhile, Rhiannon is reining havoc throughout the town and several descendants of the council members that condemned her are dead and half the town is on fire.
But there’s a secret that Rhiannon doesn’t know.
Now it’s a race against time to tell her the truth and capture her soul before she lays waste to the rest of the town and kills the remainder descendants of those who condemned her.