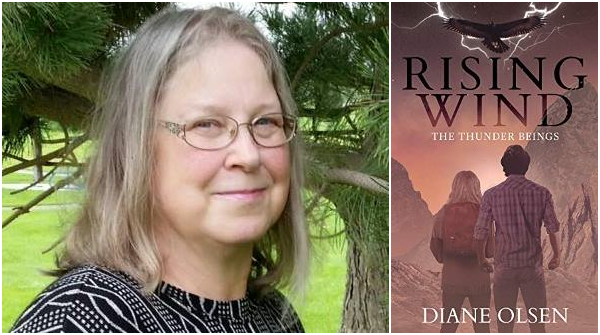 When impassioned paleontologist Secora James is summoned to South America to confirm or dispel rumors of a creature long-thought extinct, she lands herself in more trouble than she had ever imagined.

Secora knows that the Mapinguari, a giant ground sloth that rivals King Kong for size, is probably just a local myth dreamed up by the indigenous tribes.

Gideon Yellow Thunder is Montana’s top real estate broker and is perfectly content with his modern life, choosing to leave behind his Lakota heritage in order to lead a life of wealth and success.

But when he starts having visions of bison on the open prairie, he feels compelled to act…

Now two separate lives are on a collision course as Gideon sets off for the jungles of Brazil to find a woman he’s never met and protect the sacred beings he’d long given up believing in— the Thunderbirds.

Could they be real after all? Or are they just a myth?

Gideon’s about to find out in the adventure of a lifetime, where everything he’d pushed aside is determined to leave its mark on his life.

“Watch out Ruth Galloway! Here comes Secora James! James, a Vertebrate Paleontologist, is uncovering ancient mysteries and crime in Brazil, Peru and Bolivia. Author Diane Olsen’s imagery and unique approach will be appreciated by all her readers.”
-Mary Thompson, publisher: The Scientist Within You series.