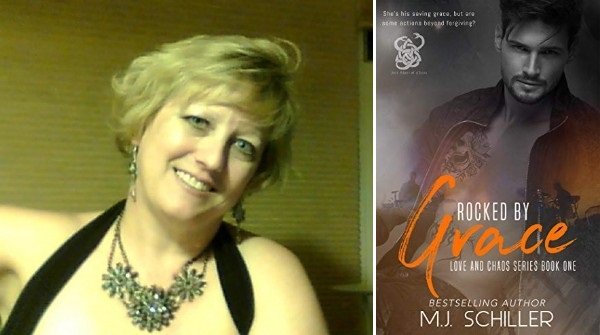 Zane Sanders, lead singer of Just Short of Chaos, surprised everyone, including himself, when he plucked a fan out of the audience at one of his concerts.

I don’t know what possessed me to do it. I’d never done anything like that before. But something about Grace drew me to her. And within minutes of pulling her on stage, I knew I’d made one of the best decisions of my life. Since our drummer Devin’s overdose, I’d felt dead inside. Perhaps for even longer than that. But Grace was fun, sexy—and as I would discover later—good and selfless. And an irresistible magic surrounded us that made me feel alive again.

That is, until I blew it. In classic Zane style. Funny thing is, when I first got Grace up on stage, I had no idea what to do with her. Now I have no idea what I’ll do without her.

Grace Devlin was living out every girl’s fantasy.

Only thing is, fantasies ended, and I realized pretty quickly that I didn’t want this one to stop. Zane had a magnetism about him that was more than mere charisma. That was evident the moment I—the girl who normally had to be dragged out onto the dance floor—practically became a pole dancer in his arms. Then it happened. The moment everyone kept referring to as “The Kiss.” But it was all part of the show, right? It didn’t matter that Zane made more than my feet move. He stirred up feelings that scared the crap out of me. The depth of his sadness called out to me even more than his unbelievable sex appeal, and that was saying something.
But it could never work between us. He may have come from a small town like me, but he was all rock star now and totally out of my league. I was a flower shop owner, not his saving Grace.

Are some actions beyond forgiveness or will he be rocked by Grace?