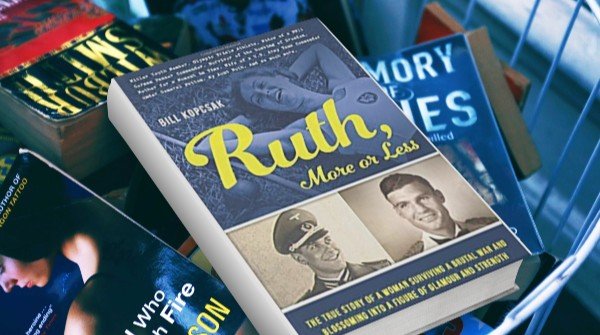 She is perhaps the only woman ever to be married to a World War II, high-ranking German Panzer Commander and later to a decorated U.S. Army Tank Commander who served under General Patton. Her carefree childhood in Dresden, Germany, was followed by the devastations of war—the leveling of her hometown by Allied bombing, the combat death of her first husband, and the tragic loss of her six-year-old son. In her post-War life, she became a U.S. citizen. Her athleticism, beauty, andelusiveness made her blossom into a figure of glamour and strength.Yet ghosts from her past haunted her until the end.To author Bill Kopcsak, she was Aunt Ruth. For an American boy from a smallmining town outside Pittsburgh, she was one of a kind, to say the least. Everyvisit with Ruth proved she was one of the most interesting women in theworld—and one who always remained a mystery.Her story takes us on a tour of the darker chapters of the 20th century: to the1936 Berlin Olympic games as a member of the Hitler Youth, to the battlefieldsof Europe during and after the war, and to pastoral Bavaria, home to theremnants of the infamous Dachau concentration camp.The enigma of who Ruth was would stretch beyond her death. To frustrate,sure, but always to fascinate. Because somewhere in her story lies the keyto survival: of a brutal war, of terrible personal losses, and of secrets too shameful for the world.This is Ruth, More of Less