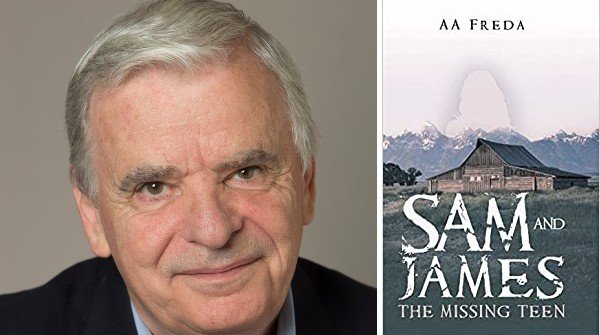 It’s a clear, cool January afternoon in the late 1960s in Albuquerque, New Mexico, when two thugs snatch a beautiful, wealthy teenager off the street and shove her into their van. As a terrified Penelope Campos sobs and pleads to be released, the men drive to a house, sneak her inside, and slam the door shut. The villains have just successfully kidnapped the granddaughter of the most influential man in New Mexico-not for ransom, but for a more nefarious reason. Two months later, James is behind the wheel of his Mustang staring at the vast farmlands of Kansas. Not long ago, he flew over the same fields while on his way home from Vietnam. Beside him in the passenger seat is Sam, his beautiful wife-to-be who, after a rocky start to their romance, is happily accompanying him from New York to Colorado to forge a new life together. But as their car speeds down the road, neither has any idea that their lives will soon intertwine with Penelope’s as fate leads them down a dangerous path to the truth-and a new adventure. In this gripping mystery, a young couple linked with the kidnapping of a wealthy teenage girl inadvertently change the course of their lives forever.