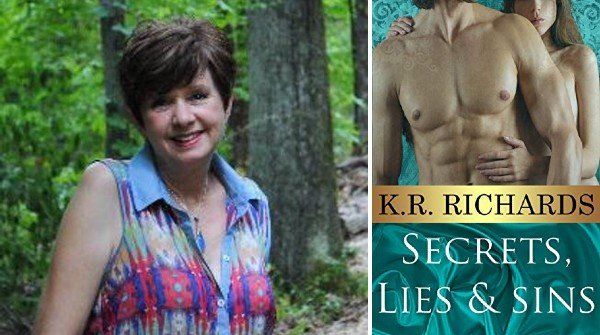 Fin MacDonnell, Earl of Dunloy, and one of two shroud guardians, has been betrayed by the very person he needs the most and no one, not even his friend Arran Montgomery, Marquess of Kildonan, can convince him otherwise. Lady Jamesina MacEwen deceived him for years in her letters, allowing him to think his partner as guardian of the shroud was a man, only to discover now that she is a woman. A beautiful woman who invades his thoughts at the most inconvenient times, but a woman nonetheless. Fin knows he must work with Jamie for the greater good, but he can’t get past the fact she deceived him. Can he trust her in their fight to protect the shroud? Can he trust himself not to give in to his growing attraction to her?

Jamie is painfully aware of Fin’s animosity toward her. Despite her growing feelings for him, she is determined to do her duty as shroud guardian and prove to Fin that she is trustworthy.

Arran has his own battles to fight. Lady Isla Douglas, whom he has known since she was a child, has grown into a strong, beautiful woman whom he desires. Often. A woman whose upbringing and demeanor is exactly what he wants in his Marchioness and future Duchess, yet with the shroud at risk he must put duty before pleasure and wait to court her once his mission is completed. Unfortunately, fate intervenes, and he must declare his intentions to her.

Isla wants to marry for love. Can she convince this stoic heir to a Dukedom to fall in love with her?

The race for the shroud begins immediately when they are attacked by enemies who will stop at nothing to steal it for their own nefarious purpose. In order to keep themselves and their loved ones safe, the Avalon Society members and the King’s Special Force race against time to follow the clues and find the shroud.