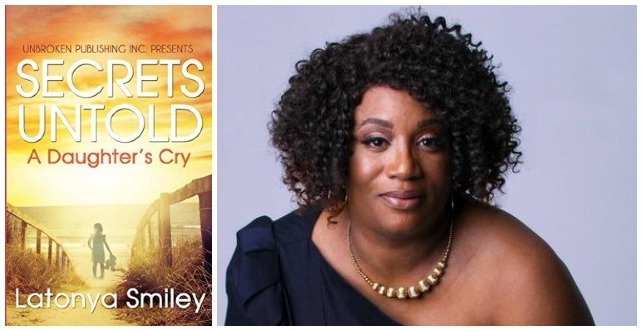 You truly can not fly unless you let go. Sometimes we as humans wish that there was such a thing as a do-over in this game called life or that we could throw in our hand after the cards are dealt, but the reality is that life does not work like that. The world says “Keep the grass cut so you can see the snakes”, analyze this statement and think about the fact that grass does not grow indoors so what is your defense when the snake is in the home? Some may have never experienced having their innocence taken by the very person put in place to protect you, but for those that did understand the fact that although your wings may have been clipped, you can still fly higher than you ever thought possible but first you have to let it go.
I take you on journey through my residue, share the turmoil that almost killed me and show the victory I received for enduring. There is always a lesson to be learned in everything that we go through, but what kind of student are you? Life had crushed me early so if I did not fight back I would not have made it to be able to tell the story of how I made it through being broken by Molestation and Domestic Violence how I lived such a reckless life in just trying to cope with the two horrific acts to becoming the CEO of my own organization, Author and, Life Coach. Some secrets are not meant to be kept and in breaking my silence, I broke the curse and all the residue that came along with it.
Available on Amazon

“Excellent Book! A MUST read!”

Excellent book! A must read for anyone who has or is struggling through abuse, rape,domestic violence, and any other ordeals that are keeping them from moving forward in their lives… This would make a great gift for someone you know, who may be going through some trials and tribulations. And you can’t find the right words to say, or just don’t know how to approach them. Let LaTonya’s book help them. A very powerful and thought provoking book that tackles issues that haunt people from all walks of life. Issues that some people just want to sweep under a rug, and just forget about. LaTonya’s book shows that there is a light at the end of the tunnel, for those who have just about given up. This book tells a very sad story, that has a happily ever after fairy tale ending. I enjoyed it from beginning to end. It was so good, that I couldn’t stop reading it.

LaTonya Smiley is the founder and CEO of Eve’s Roses. Eve’s Roses is a non-profit organization that mentors victims of Incest and Domestic Violence. Eve’s Roses strives to empower survivors through transformation in progress. We provide workshops, training, seminars, and speaking engagements with a focus on the clean-up of the residue of Incest and Domestic Violence and its impact on the life success of the survivor. LaTonya worked as a NYC Paramedic for almost ten years, which during her time in the field she received many lifesaving awards and six FDNY commendations. After interacting with all types of people as she administered medical treatment she discovered that the underlying cause of physical and mental diseases that she treated was a childhood hurt. Being a overcomer of Incest and Domestic Violence herself she knew that she had to do something to help those who were dying in silence from their horrific secrets. She birthed Eve’s Roses and launched her vision in March of 2012 which acts as a “Rescue Mission” for survivors who are stuck in the “I survived, now what’s next phase. She now dedicates her life to creating a “no judgments zone” helping survivors through the dysfunction that pollutes life following.