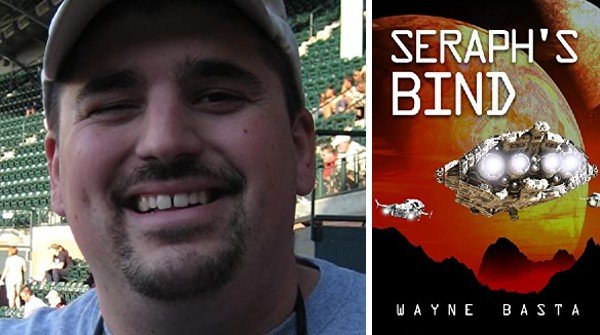 Serene never trusted anyone before she met Noah. He accepted her and convinced the rest of the crew of Seraph to take her in. But now Noah’s dead, sacrificing himself to save her, and Serene has found herself alone among strangers. Working with people who trust, and care for each other leaves her feeling out of place.

After returning to the Hub, Serene comes face to face with a nightmare; Noah might be alive and in the hands of a sadistic crime lord. Now she must decide how far she’s willing to go to learn the truth? Is the chance at getting him back worth losing the new family she’s found?

About the Author: Wayne Basta

As a child, Wayne Basta was introduced to science fiction at a young age by his father. Mainstream hits like Star Trek and Star Wars were followed by old Tom Swift novels and then classics like Asimov and Clarke. Growing up on Florida’s space coast only served to fuel his imagination and love of space, science and adventure.

At the age of 9, his family got their first home computer, an old Macintosh Plus, and he immediately used it to start writing (bad) science fiction adventure stories.

Wayne currently lives in Houston with his wife and son. He remains a fan of geeky things, board games, video games, fantasy, science fiction and all around silliness.