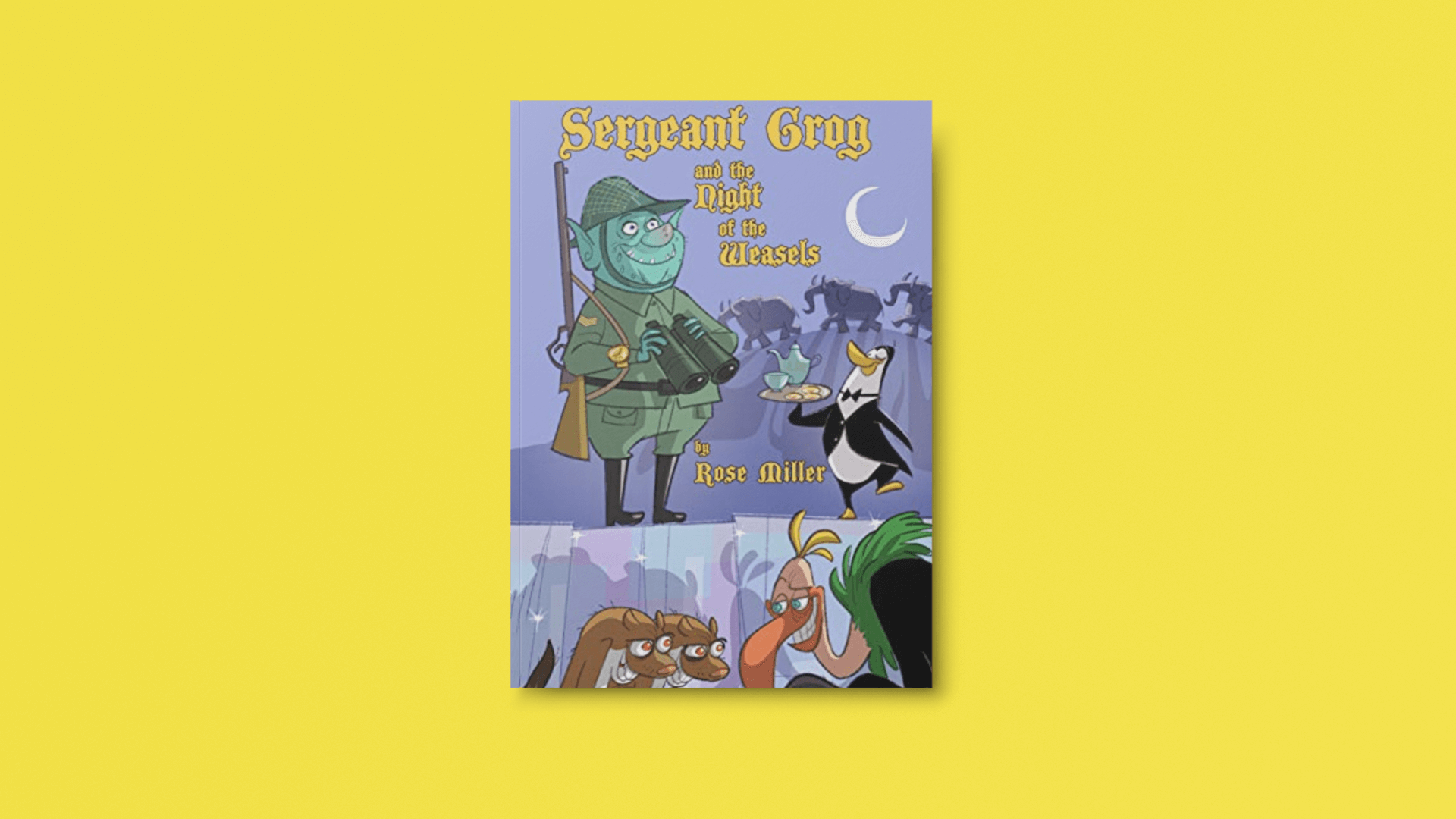 Hot on the heels of Rose Miller’s book, Alex and His Magic Dragon, comes another hilarious story set to excite the young reader…
High up in the green mountains in the Land of Justice, lives the great Wizard Trajanicus who has just completed his latest invention for Colonel Trumpington, the army commander. What is it? And who else outside the army would like to get their hands on it?
What is it in the night sky, wonders Sergeant Grog, as he looks out from the Ladybird Barracks. There is a mysterious, circular object drifting high above him… What could it be?
Grog and his magical assistant suddenly find themselves on a thrilling adventure with Private Potter, Colonel Trumpington and the Fairy Force, as the mystery leads them into battle with the king of the vultures and his weasel accomplices.