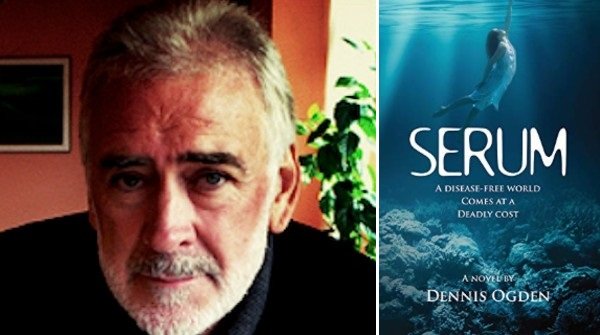 It takes eighteen years for him to fulfil his promise to rescue her. What he discovers could help him achieve his dream.

A rare sea worm, found in the volcanic vents under the Banda Sea, is the source of a serum that, when administered to pregnant lab mice renders their offspring immune to all known diseases. The immunity is passed on through following generations, offering the hope of a disease-free world.

Discovering the rescued Noi is newly pregnant, Marcus Glasson sees his chance to test the serum on a human and achieve his dying gift to the world.

As the unborn child’s father was her sadistic abductor, Noi is taken to Yeppoon, Queensland for her safety. There, Marcus succumbs to years of self-testing his own experiments and dies.

Noi is now alone in a strange land with no ID.

Fooled by an offer of help, she is violently assaulted.

As she lies comatose in hospital, the police pigeonhole her as an illegal Asian sex worker and pass the case to the Department of Immigration, where researcher Kailee Banks must decide the girl’s origin.

What she uncovers sets her, Noi and her unborn baby on a dangerous course.

The estranged adult son and daughter from the Professor’s failed marriage have their hopes of a rich inheritance shattered when they learn their father has been living a secret life in Dili, and a codicil has been added to his Will. They conspire with the baby’s father for a mutually beneficial outcome.

Death, greed, corruption, betrayal and the race to find another worm threaten the survival of Noi and her miracle baby.

It takes the Banda Sea to determine the outcome.