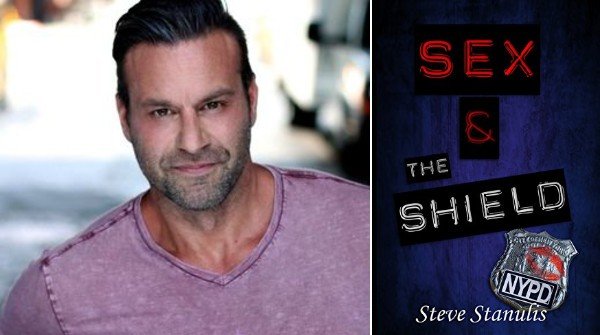 In this exciting autobiography, Steve Stanulis, a former male dancer that became a decorated New York City police officer, tells a tale filled with wild sex, street cop action, pathos and hilarity. This amazing-but-true tale alone would make it a stand apart must read. That said, consider what happens when you add a little item called “celebrity security” as the cherry to the top of an already tasty narrative mix (male stripper/big city police procedural). Sitting up? Here’s more: moonlighting while still on the NYPD, Steve’s role was to mingle with the stars, keeping things festive while maintaining a watchful eye. This access along with his real guy charm and movie star good looks led to many nights when he was every bit the naughty reveler as were his high-profile clients. The story doesn’t end there either, as Steve would eventually leave the force to become a noted film and stage actor and producer in his own right. The fact that Steve has finally decided to tell his one-of-a-kind life story is already starting to generate a buzz. You’ll feel the excitement too, page after page!