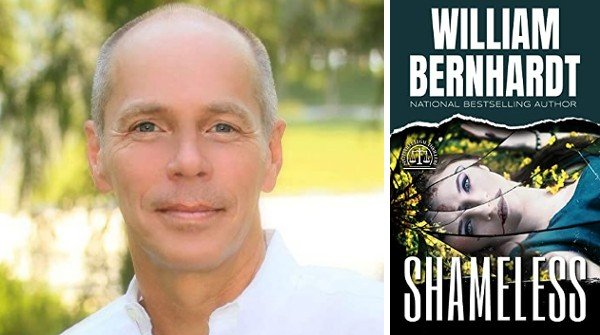 When her shocking new case hits too close to home, can Kenzi prevent a miscarriage of justice?

Kenzi Rivera wants her day in the sun. Now the highest-earning name at her father’s firm, the spitfire attorney is furious her brother was chosen to manage the practice. But she steps up anyway to handle her dad’s messy divorce… only to see his wife charged with his mistress’s murder.

Facing a smug prosecution team that has compiled a mountain of incriminating evidence, Kenzi once again calls on her tight-knit group of unique female friends to dig up the facts. And when their research uncovers cheating, hacking, adult films, and sex trafficking, the fiery lawyer fears the true culprit is closer than anyone believed.

Can Kenzi unmask a killer before she’s stabbed in the back?

Shameless is the shocking third book in the Splitsville Legal Thriller Series. If you like tenacious heroines, scandalous crimes, and endless twists and turns, then you’ll love William Bernhardt’s darkly fascinating story.