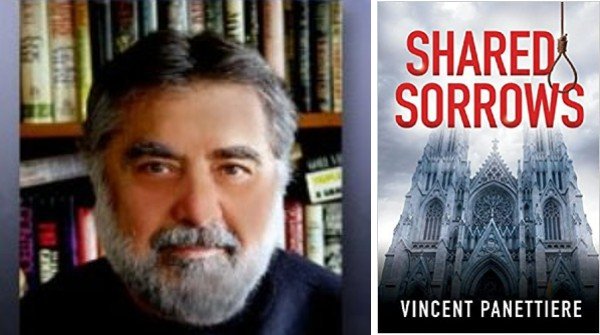 Will their shared sorrows be enough to survive the media frenzy that follows?

A chill in the air and rainy skies took him back to the day his father died decades ago. It was a memory that each year caused Frank to start counting the days until he reached the milestone of having spent more time on earth than his dad.

This year would be no different, bringing about the realization that after thirty years of marriage and three children he had been inhabiting the earth for all the wrong reasons.

This realization came to Frank after he committed a violent act on a stranger during New York’s Columbus Day parade. It also brought into his life Dr. Laurie McDevitt, the emergency room physician who had treated his injuries after the incident. When she revealed that her father died on the same night as his those many years before, Frank had a comrade in grief.

Will their shared sorrows be enough to survive the media frenzy that follows?

Shared Sorrows — a story of love and redemption.

About the Author: Vincent Panettiere

Vincent Panettiere was not born in a trunk at the Princess Theatre in Pocatello, Idaho, but in Brooklyn, NY.

He graduated from St. John’s University and went to graduate school at Boston University. After college he became a sports writer for the wire service United Press International (UPI) and later wrote for the Boston Herald, a major daily newspaper in that city before Rupert Murdochized it.

After holding executive positions at Westinghouse Broadcasting, CBS and Xerox he moved to Los Angeles to pursue a career as a screen writer. Four of his scripts were optioned but not produced, one by Twentieth Century Fox and the others by now-defunct production companies.

He became a licensed and bonded literary agent representing writers and directors in television and films. He made deals for writers and directors on TV series, including Xena, The Untouchables and Babylon 5. He was also instrumental in the production of two independent feature films and the sale of numerous indie/MOW film scripts.

During the same time, Panettiere was certified by the Major League Baseball Players Association to serve as an agent for major league and professional baseball players. Clients he represented played in the major leagues for the Boston Red Sox, St. Louis Cardinals and Kansas City Royals.

Objecting to the standard means of financing independent films, Panettiere sought non-traditional funding for his writer/director clients. His journey through the murky world of cyberspace was chronicled in his first book The Internet Financing Illusion published in 2007.

Next, Panettiere turned to fiction. In A Woman to Blame, Panettiere created the character of Chicago police detective Mike Hegan. This was followed by These Thy Gifts, a second novel featuring Hegan, The Scopas Factor and his latest, The Music of Women.

He continues to live in Los Angeles and has eaten dinner in Pocatello, Idaho.