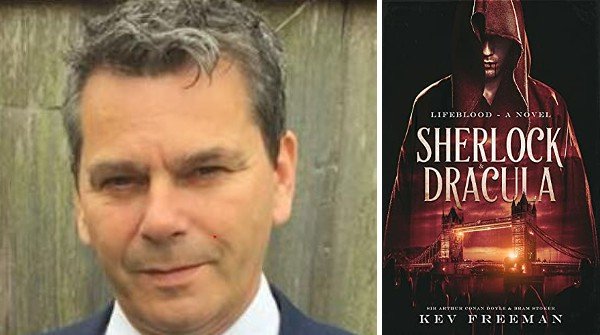 A CLASSIC HISTORICAL DETECTIVE THRILLER WITH A SUPERNATURAL TWIST

Lifeblood – A Novel
Seven years after Dracula’s apparent demise at the hands of Jonathan Harker and his five compatriots in the forests of the Carpathian Mountains, Sherlock Holmes is asked by Mina Harker to help track down what she believes is the returning vampire before he takes his revenge. But she may be too late. Can Sherlock and Dr. Watson find the lair of Dracula located somewhere in Victorian London before vengeance is served.