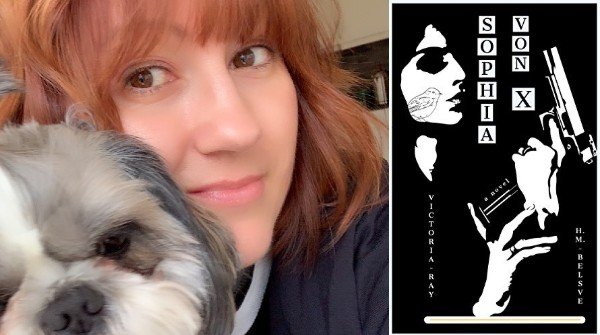 It was supposed to be a vacation, the trip to a newly discovered tomb of Jesus…

When Sabina Ferrara was driving to Bingerbruck, Germany, she was hoping to put a painful marriage behind her. Certain unforeseen events turned against her and during a visit to Christ’s tomb, she is meeting Thomas von Essen – a dangerous thief, who is hiding behind the name of a decent family, pretending that he is a famous archaeologist. Against her will, Sabina is dragged into the middle of the stealing of biblical artefacts, killings and shootings. She ended up attracting the attention of an unknown enemy from Jerusalem, a wicked man called Papa Zen. A powerful mogul who knows too much about Sabina and her mysterious birthmark. She is the one he was looking for so long…

Sophia von X is a story of violence and obsession, secrets and tragedy, lies, religious hate, and love.