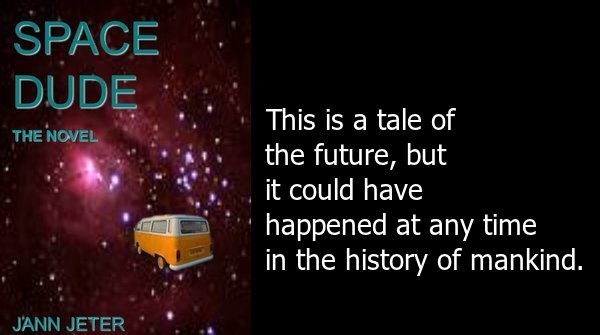 Dude and Thipp met as young teens and became best friends. They started Hasty Post Delivery Service after Dude’s absent dad, whom he’s never even met or seen, sent him the key to a 1970’s era refurbished Volkswagen Van that allows them to fly through Space from planet to planet, transporting items like cranberries, spice grinders, papayas and sometimes even people, not to mention illegal substances that would put them away in prison for life. Both of them are always on the lookout for their fathers – Dude because he wants to find his father, Thipp because he’s trying to avoid his. They both keep looking for something they already have; they just haven’t quite figured that out yet.

This is a tale of the future, but it could have happened at any time in the history of mankind. Will they find what they are looking for? Will they get that delivery to Piallat before trouble finds them yet again? What kind of deal do they have with the police on Precinct 37? What is it about that Van that makes someone want to steal it? How can Dude have a twin brother in another universe? And what on a stack of traffic tickets is a Portable Black Hole?

Find out all the answers in ‘Space Dude – the Novel’!
Available on Amazon


What a fun read! Harry Holman Jr, aka Space Dude, and his pal, Thipp Dillion, have many adventures through the very vast universe, as they make deliveries of goods to various planets. Along the way they meet up with many colorful characters, many who turn out to be friends, and some not so much……who are downright hostile towards the fun loving guys.

SPACE DUDE rates high because of the sheer originality of the plot, the extreme fun factor and entertainment value it provides, and most importantly, the crazy, zany sympathetic characters that run rampant in the novel.

It is seven hundred pages of delightful wackiness, with surprisingly sad and tense moments, provided by the boys’ parents. Both Thipp and Dude have father issues that hopefully will be addressed in the sequel, of which I am so eager to read! It will be fun to see what their next adventures are!!!