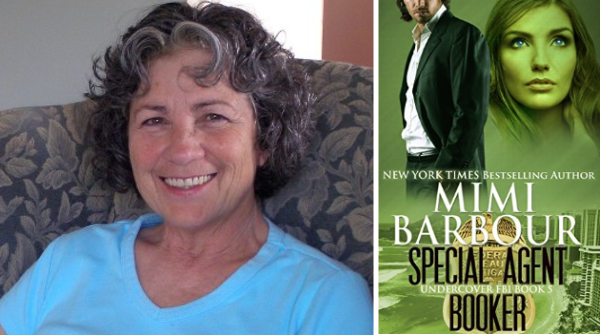 Suspense lights up in every page of this fast-paced blockbuster of thrills!

When Sloan Booker’s father dies tragically, he has no other option but to give up his job as an FBI agent and take over his family’s vehicle restoration business in Oahu, Hawaii. Giving up his badge is difficult but having Homeland Security and his old boss request the use of his house in a stakeout, spying on his Muslim neighbors who they suspect are terrorists, is just too damn much for a man already frazzled. It makes no difference that they’ve offered him a partner to be in charge of the surveillance… until he meets the gorgeous divorcee.

Special Agent Alia Hawkins might look more like a model than a cop but looks can be deceiving. Not only does she rescue street kids, fights their battles and transports them to safe homes, but since she lived many years in Pakistan and speaks their language, she’s a sought after agent. So far, she’s kept her personal life and job separate. But when Alia’s slimy ex-husband threatens to steal her eight-year-old son, she has no choice but to bring him along on her latest undercover assignment – living with a hotshot, sexy as hell agent as his long lost stepsister. Her life suddenly takes some drastic swerves and she wonders if things will ever slow down.

Special Agent Francesca – Undercover FBI Series Book #1
This special agent flies her own plane, drives like a maniac & approaches a father who never knew she existed. Nothing scares her, except for one thing… MEN.

Special Agent Finnegan – Undercover FBI Series Book #2
Finn’s a cop who adores his quirky dad. He knows this soft core leaves him vulnerable, so when he meets his new partner, Reneé, the thought of her in danger drives him crazy. Going under cover to find New York’s suicide killers ensures constant conflicts, and through it all, a solid thread of love entwines all three of the main characters.

Special Agent Maximilian – Undercover FBI Book #3
Nik Baudin discovers an identical twin – one he never knew existed. Taking over his brother’s identity, he becomes Special Agent Maximilian and gets embroiled in a case where high jacked young girls and trafficking of illegal drugs endangers his life and that of Max’s gorgeous partner, Maya.

Special Agent Kandice – Undercover FBI Book 4
Special Agent Kandice wants to be tough like the others on her team. And she wants to impress her new aloof boss, Dan Black. Being the chief hostage negotiator at a bank heist starts the process. Being stalked, kidnapped and beaten helps see it through. In the end, pulling the trigger comes easy…

Special Agent Booker – Undercover FBI Book #5
Sloan Booker has multiple quirky dads & a vehicle restoration shop that keeps him away from his job as an FBI agent. When terrorists threaten his neighborhood, he’s back in the game. This time, with a partner – a gorgeous chick who looks like a super model, has a little boy she needs to protect and exhibits a disposition that’s downright cranky.