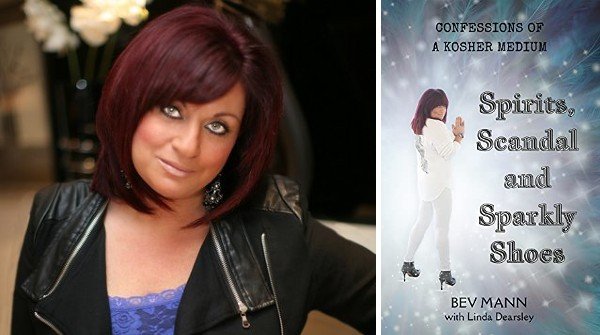 The spirits had been trying to get Bev Mann’s attention ever since she was a small child but it was only when tragedy struck and her beloved father passed away just days after she’d given birth to her first child, that she began to explore what they’d been trying to tell her.
Little by little she discovered that she had a special gift. She could hear what the dead were saying, sometimes she could see them and she could put them in touch with their grieving relatives.
Yet it took years of struggle for Bev to become a fully-fledged medium. She encountered opposition, criticism, hide-bound old-fashioned rules and the command to give up the religion she was born into – which would have devastated her traditional mum.
Spirits, Scandal and Sparkly Shoes follows Bev’s progress from bewildered child to student psychic, outspoken rebel and finally to working medium with many uncanny experiences along the way. Told in Bev’s lively, contemporary style she brings spiritualism into the 21st century and shows there really is life after death.

“Bev Mann is a Clairvoyant Medium and Tutor from London UK whose passion is to bring forward ‘Mediumship from the Heart’ through her work with Spirit.”