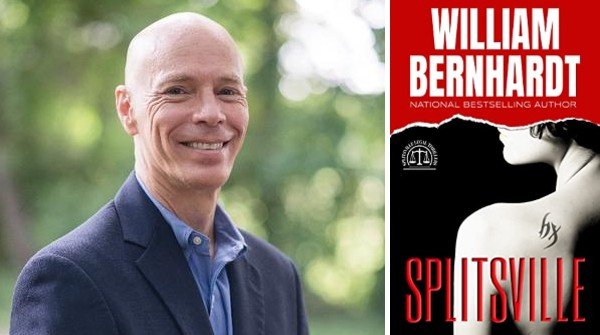 A struggling lawyer. A bitter custody battle. A deadly fire. This case could cost Kenzi her career—and her life.

Kenzi Rivera is furious. Passed over for promotion at her own father’s firm, the talented divorce lawyer is tired of fighting chauvinism every single day. When a desperate scientist begs for help getting her daughter back, Kenzi can’t resist…even though this client is involved in Hexitel, a group she calls her religion but others call a cult.

Kenzi uncovers evidence of disturbing practices at Hexitel involving large sums of money, servitude, and sex. She also learns her client’s lab has been plagued by death threats and cutthroat competition. After the workplace burns to the ground and her client is charged with murder, the ambitious attorney knows there is much more at stake than a simple custody dispute.

Can Kenzi find a path to the truth before she’s trapped in a maze of death?

Splitsville is the dramatic first book in the Splitsville Legal Thriller series. If you like gutsy heroines, diverse characters, and page-turning suspense, then you’ll love William Bernhardt’s twisty tale.

Buy Splitsville and strike a blow for justice!

“Splitsville is a winner—well-written, with fully developed characters and a narrative thrust that keeps you turning the pages. William Bernhardt has not only written another expert legal thriller, but once again he has his fingers on the realities of the modern legal system, and his portrayal of a female lawyer struggling to succeed is honest and compelling.” Gary Braver, bestselling author of Tunnel Vision and, with Tess Gerritsen, Choose Me