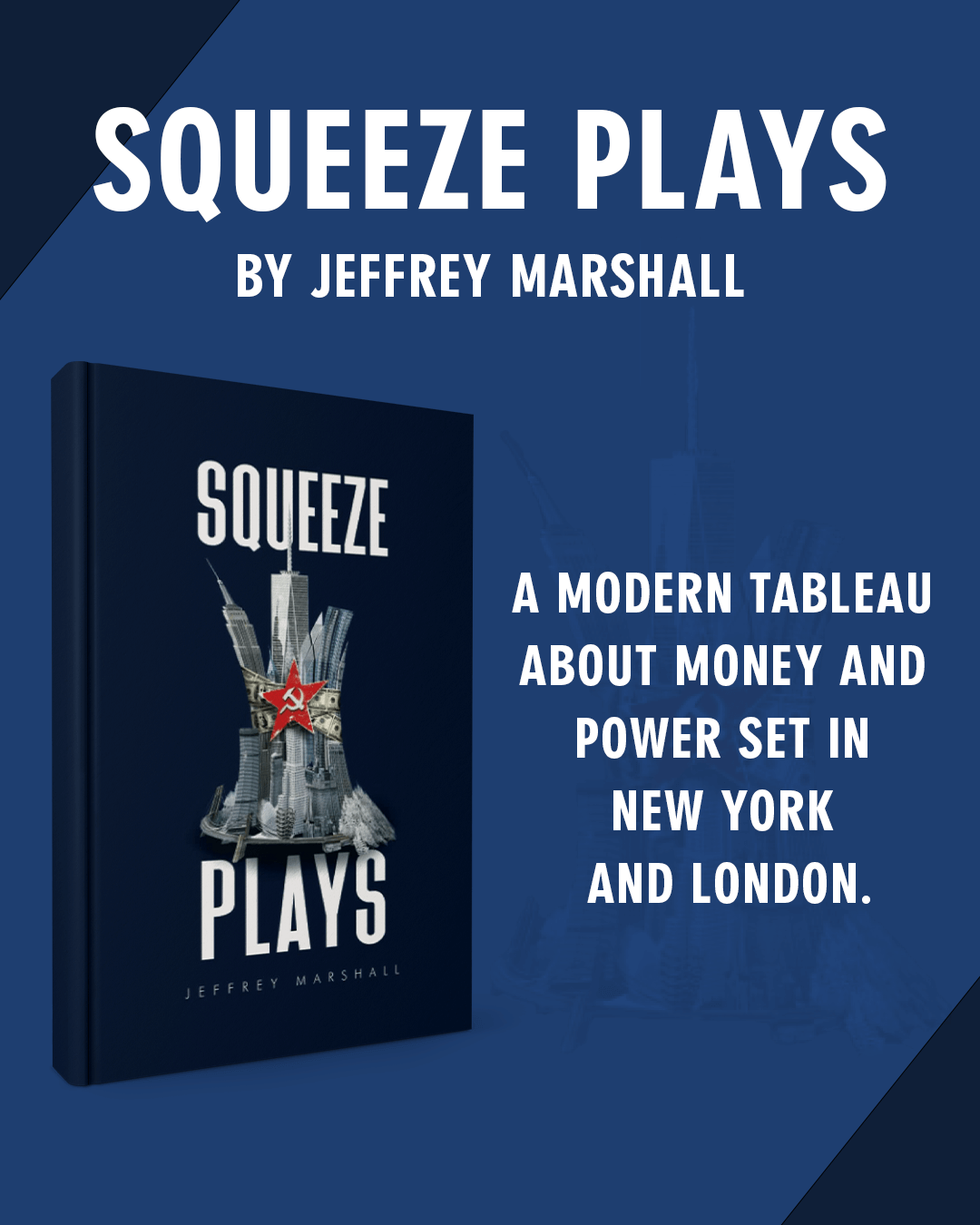 A modern tableau about money and power set in New York and London.

A modern tableau about money and power set in New York and London.

Two powerful men, a bank chief executive and a New York tabloid publisher, are at odds over a loan that would keep the publisher afloat. Enter a ruthless Russian oligarch with an offer of a financial life raft to the publisher – a gambit uncovered by a dogged financial reporter who senses a big story.

In Squeeze Plays, Jeffrey Marshall whisks us into the paneled boardrooms and lavish penthouses of the New York elite and shows us their lifestyle, their desires and their foibles. Using his background as a financial journalist, he carefully details the reporter’s story, which ties the central characters together in what becomes a stunning front-page expose. Along the way, the reader visits New York, London, Nantucket and the English countryside and sees not just financial skullduggery but sexual blackmail, strong and principled female characters, and a brisk and often satirical take on the corrupting influences of wealth and power.

About the Author: Jeffrey Marshall

Jeffrey Marshall is a writer and retired journalist living in Scottsdale, AZ. He is the author of five books, including the novels “Squeeze Plays” (2022), “Undetected” (2019) and “Little Miss Sure Shot” (2014). He also wrote a business book on community reinvestment (1991) and a volume of collected poems, “River Ice” (2009). “Undetected” was named a “Notable 100” indie book by ShelfUnbound for 2020.

Marshall grew up in Connecticut but spent most of his professional life working in New York and New Jersey (hey, don’t knock New Jersey!). The bulk of his career was spent in business journalism, and included chief editor posts at two national business magazines; he was also, at various times, a feature writer, columnist and book reviewer. He also freelanced widely for magazines and newspapers, appearing in The New York Times and New Jersey Monthly, among many others. Most of his writing now is on environmental subjects, and he serves on two national boards of Trout Unlimited, the coldwater conservation group, and formerly served on the board of a local land trust in the Phoenix area.

Marshall has a bachelor’s degree in history from Princeton and a master’s degree in journalism from Northwestern. Interests include tennis, golf, hiking, movies, finding new restaurants and travel. He’s stayed in or traveled through all 50 states – sometimes passing through was enough! He and his wife, Judy, have two rambunctious dogs, Maggie and Blaze.