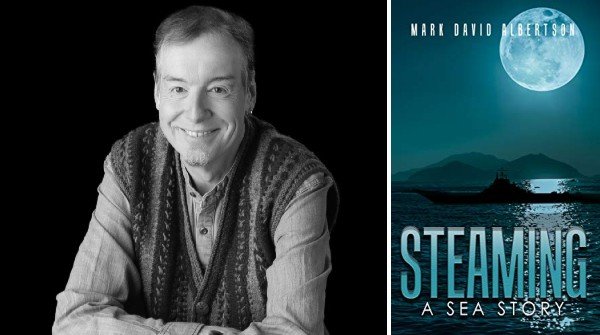 Americans have been told the war in Southeast Asia is over. Seaman Matthew Bertram, expecting a Navy enlistment of travel and adventure discovers that the war is not yet over. When he finds himself on charges for diving into Subic Bay to save his Chief’s dentures, he discovers that the life of Navy adventure will take a sudden and catastrophic turn as he takes on a mission that will change his life forever.

Writer Mark David Albertson brings the US Navy of the mid-70’s to colorful life, exploring the world of a young sailor intent on finding adventure. Along with the fun of exploring new places, Mark paints a portrait of what it was like to be a sailor during this unusual time in history. His remarkable knack of telling a good sea story will leave readers laughing, crying, and on the edge of their seats as Mark’s character experiences an adventure he never knew was coming.