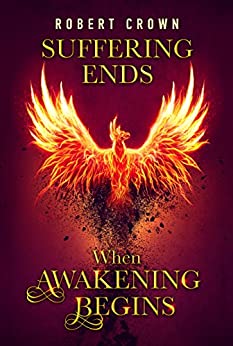 This memoir and journey to find solace first chapter is a nightmarish roller coaster ride; it is not an easy admission for anyone to talk about a parent attempting to murder their children. I would also add that is not easy for a child to understand the psychosis of a deranged mother and uncaring father, "Suffering Ends When Awakening Begins" by Robert Crown is a testament that many of us would prefer to keep secret and suffer in silence. As for Robert, events of his life kept pushing him to edge, his parents' makeup is that of selfish people who shouldn't have children and being a bounce around from mother to father and back to his mother, he did what many kids do runaway. Where he ends up hungry and being taken in by pedophile drug dealers, something that Robert said struck a chord with me, that he was a target for pedophiles, Robert spoke the truth, kids that come from broken homes and trying to survive their childhood are prey for the generally agreed lowest human beings that walk amongst us. Robert is sharing his most profound pain from childhood for those who still suffer, there is a light, I agree with Robert, but sometimes the unforgiving rock bottom has to smack us on the side of the face to save ourselves. Fate can be cruel and even though being passed around by rapist scarred him I believe him losing his friends in a car crash crippled Robert with survivor's guilt which some of us carry until it kills us. I wasn't sure where Robert would be in the next chapter but what I find best about Robert is that his inner voice was his saving grace. A good man with a bad hand who starts his awakening. In "Suffering Ends When Awakening Begins" you will find a lot of darkness, but Robert's journey is inspiring and well written, some details he does not get into too deeply, but this book strikes the right balance because you can get hung up on reading shocking things and not wanting to finish the book. 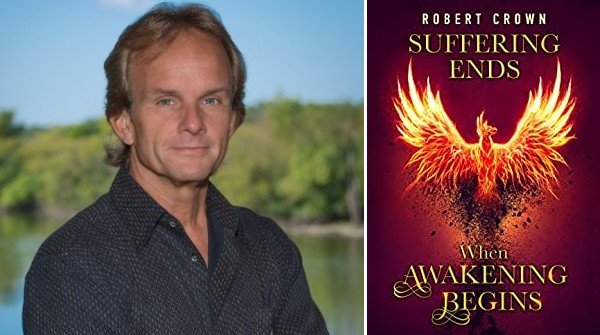 “In this book, Robert Crown not only shares the intensity of his outer life story but also the intimacy of the inner journey he took as a spiritual warrior determined to be victorious through an evolution of consciousness from the inside out.”

How Does a Child’s Life Change When His Mother Tries to Murder Him? It’s one of the most profound betrayals imaginable, and it can follow the victim into adulthood, into all he does with his life, tainting his sense of self and his relationships with others. How does a man’s life change when he discovers that with his thoughts, his imagination, and his ability to listen to his higher self, he has the power to overcome the devastating events of his past and build a new life and a family?

This is The Inspiring True Story of Robert Crown’s amazing journey out of the darkness of his childhood and into a world brightly illuminated by the power of positive understanding and purposeful thought. It’s the story of rejecting the victimhood he once embraced and finding the answers that allowed him to embrace the power to create a new life using universal spiritual laws.

Available on Amazon
Robert Crown (Author)
Robert Crown is an International and Multi Award-Winning Author for his self-transformational memoir, Suffering Ends When Awakening Begins. After living through the experiences described in this book, Robert succeeded in breaking the patterns of dysfunction that had been a part of his family for generations. Today he enjoys a strong, quiet family life with his wife and four children in the northwest suburbs of Chicago, where he was born and raised. He has owned and operated a residential real estate brokerage in the area for sixteen years and has been active in community service. He remains focused on a continual quest to learn more about his higher self and the expanding of his consciousness.
Dear Reader, author’s recently published book “Suffering Ends When Awakening Begins” is now available on leading bookstores, get your copy now and help the author by writing a review of the book.
Available on Amazon