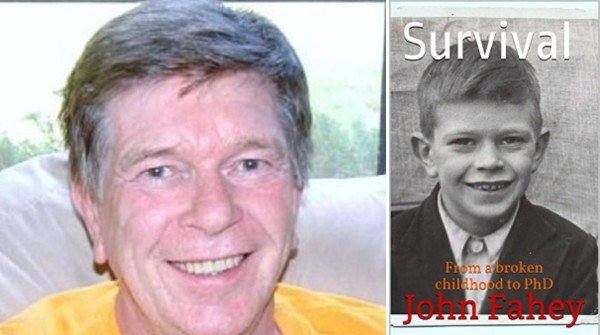 Born illegitimate in north east England in 1944, John Fahey was sent to his father’s parents in western Ireland. John’s parents later married and brought back to England when he was nine, he was continually beaten and battered by his father, who called him a bastard, throughout his teenage years. Surviving on his memories of Ireland, his trust in his Catholic faith, the help of kind people and relatives, and his love of chemistry, John went through major crises, feeling lost and alone in 1960s England and Scotland, he took on challenges, fought back against despair, and struggled with his sexual identity under legal intolerance. But determined to find a better life he went to university and finally to America.
This is a story of surviving against the odds.