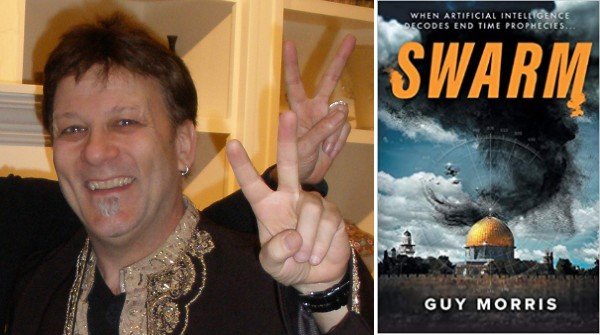 SLVIA . . . decades ago, an AI program escaped the NSA Lawrence Livermore Laboratory, and has never been re-captured . . . true story. Derek Taylor, fugitive hacker and contractor to the National Security Agency is living under the name of a murdered best friend, hiding from powers who still want him dead. Taylor’s ties to a terrorist hacker group called SNO leave him open to investigation by Lt. Jennifer Scott, the daughter of a Joint Chief—a woman determined to go to any lengths to prove her worth. But when a Chinese artificial intelligence (AI) internet virus threatens national security, SLVIA warns Taylor the fifth seal of end time prophecy has broken. This unexpected assault soon forces an autocratic US President to deploy a defective AI weapon. Now, Taylor and Lt. Scott must join forces across three continents to stop the evil AI virus from crippling America or destroying SLVIA before an apocalypse swarms over Jerusalem. Combining conspiracies, cyber espionage, and advanced weapons, Swarm reveals what happens when AI singularity and prophecy collide to shake the world at its very foundations.Featured as one of nine aspiring authors by Master Class, SWARM is an action-packed thriller set in a deeply divided, post-pandemic US struggling to regain social and national security when a new threat opens the Fifth Seal of prophecy. What review professionals say about Swarm. “This is a whirlwind, action packed thriller! This is the perfect read for those who enjoy spy thrillers, action and adventure thrillers and anything involving AI and the morals of developing artificial intelligence. As a fan of the genre, it was easy to get wrapped up in the dramatic world the author crafted. The book created the same heart-pounding and depth-filled reading experience that films like the Bourne Identity . . .Action-driven, character developed and lengthy yet attention-grabbing, author Guy Morris’s SWARM: Artificial Intelligence Decodes End Time Prophecies takes on a truly engaging and entertaining narrative . . . Be sure to take the time and find your own copy to find out whether or not there is any truth to the End World Prophecies that become the driving force in this incredible read.” Tony Espinoza, Pacific Book Review. “Author Guy Morris has crafted a superb tale of advanced weaponry, espionage and conspiracy which fans of the action and thriller genres are sure to adore. Overall, I would certainly recommend Swarm for fans of conspiracy dramas at their very best.” K.C. Finn Reader’s Favorite. “Swarm is a deftly plotted and brilliantly written thriller that will entice fans of conspiracy and espionage. . . Guy Morris has written a novel that is gripping and intense when it comes to the action and plot points. The vocabulary is rich and the imagery is exceptionally written. Swarm: Artificial Intelligence Decodes End Time Prophecies is cleverly plotted, gripping, featuring characters that are rock-solid and a conspiracy that feels real.” Romuald Dzemo with Reader’s Favorite.