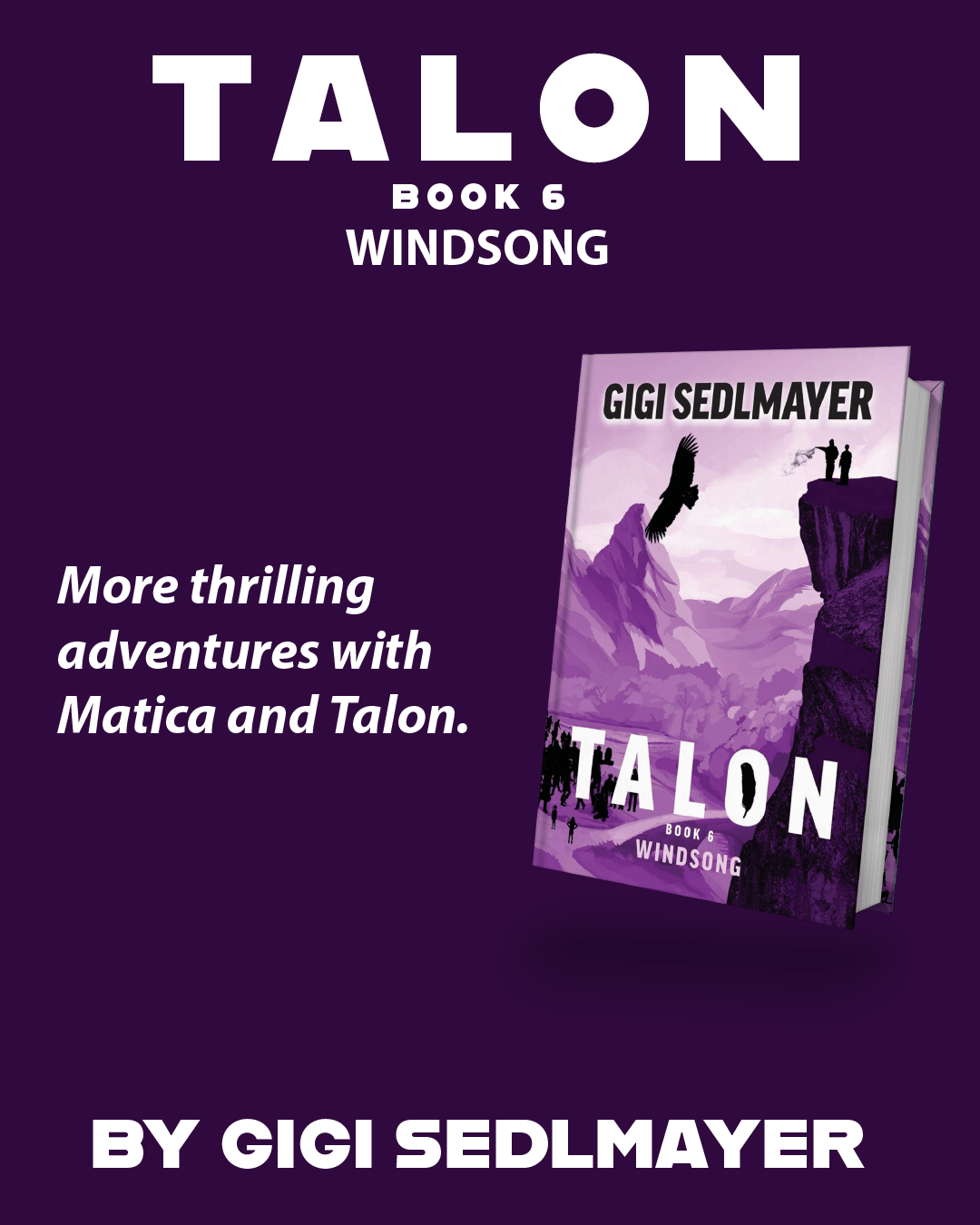 The poachers are gone, and the birds are safe. Now Matica is becoming anxious thinking of the upcoming holiday to Australia – she does not want to go or leave her birds. But Talon, understanding her misery, helps to ease her mind.

With distractions all sides, Matica soon finds herself involved in current happenings – the letting go of Elcano’s ashes from the top of the Andes, and near tragedy of Crayn falling while climbing up the mountain. The condors play a vital role in saving the day.

Talon shows Matica the puma and her cubs. But things go wrong when the female puma smells them and attacks. Will they escape the big cat?

As a birthday surprise for Matica, Aikon asked the birds to fly with her for the whole day. The birds agree and the thrilling adventures she has now with near misses, the finding of old bones, snakes and spiders, Talon Windsong adventures will keep you turning the pages and on the edge of your seat.

About the Author: Gigi Sedlmayer

Gisela (Gigi) Sedlmayer was born on 19 May 1944 in Potsdam, a suburb of Berlin in Germany.

Her family escaped to the West just before the infamous wall went up. They moved around in Germany until finally settling in Munich where Gigi studied architectural drafting and met Albert in 1965, marrying in December 1967. She worked as a civil drafts person in various private consultancies in Munich.

May 1975, Gigi and her husband moved to New Zealand. Because of language challenges, she started a handicraft business. As a speciality, she made colorful parrots of which she sold thousands in a few years.

May 1989, they became adoptive parents of twin girls from Fiji.

September 1992, they moved to Australia.

November 1993 Gigi was diagnosed with cancer. By the grace of God, she survived and seeing her husband writing the story about the adoption, she started to write short stories for competition since her English became increasingly better.

She entered them in competitions and often got very good reports back, which gave her confidence to go on writing. One day the idea for the TALON series came to her and she spent the next several years bringing the story and the characters to life.