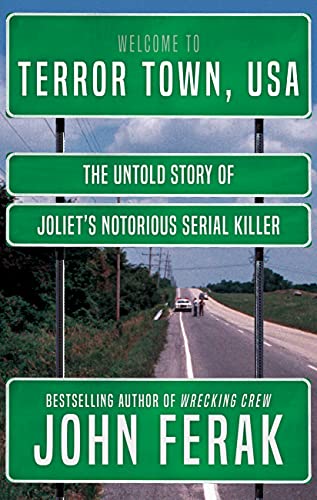 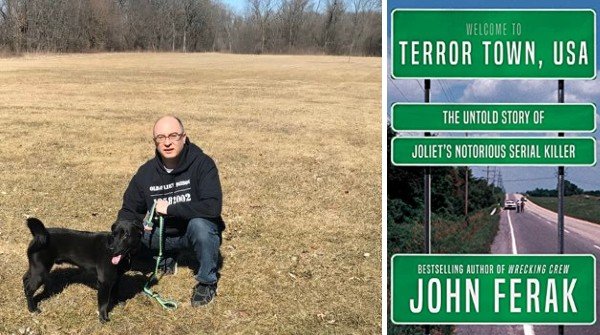 New From The Bestselling Author Of WRECKING CREW!

During the early morning hours of July 17, 1983, fatigue became a factor for the young couple from central Illinois who spent their day under the hot sun at Marriott’s Great America amusement park north of Chicago. On their drive home, the tired teenagers pulled to the shoulder of Interstate 55 to get a restful sleep.

As the teens slept inside their car under the moon and the stars, a dangerous force of evil lurked in the shadows, parking directly behind them.

The summer of 1983 was like no other for Joliet, Ill., a hard-working, rough-and-tough blue-collar industrial city an hour’s drive southwest of Chicago. This was one of the hottest summers on record for Joliet, and an elusive serial-killing madman kept piling up the body count as he showed no signs of being caught.

One overnight killing spree claimed five victims, including members of the Will County Sheriff’s Office. The following month brought more bloodshed: a quadruple murder inside a small Joliet shop best known for its pottery classes.

Residents shuddered with horror. Determined detectives worked in overdrive, trying to find an overlooked clue or two. Finally, when an arrest seemed to come out of nowhere, area citizens breathed a sigh of relief.

Authorities linked the so-called stone-cold killing machine to a chilling count of 14 homicides, plus three women who miraculously survived their agonizing encounters.

But with multiple murder trials on the horizon, it remained anyone’s guess whether Milton Johnson, whose family nicknamed him “Big’un,” short for “Big One,” was guilty of mass murder and if so, would he die by means of lethal injection at the Illinois Department of Corrections?

A native of Joliet, Illinois, John Ferak returned to his roots in 2017 to become the editor/reporter for the Joliet Patch. He previously spent five years with the Wisconsin Investigative Team for USA TODAY NETWORK and nine years in Nebraska at the Omaha World-Herald newspaper. He is an authority on wrongful arrest and conviction cases. His 2016 book for WildBlue Press, FAILURE OF JUSTICE, chronicled the nation’s largest wrongful conviction case. His first book, BLOODY LIES told the story about a CSI director who went to prison for planting blood in high-profile Nebraska murder cases. Ferak’s fifth true-crime book, WRECKING CREW: Demolishing The Case Against Steven Avery, is being published through Colorado-based WildBlue Press on November 20, 2018.
Dear Reader, author’s recently published book “TERROR TOWN, USA: The Untold Story of Joliet’s Notorious Serial Killer” is now available on leading bookstores, get your copy now and help the author by writing a review of the book.
Available on Amazon