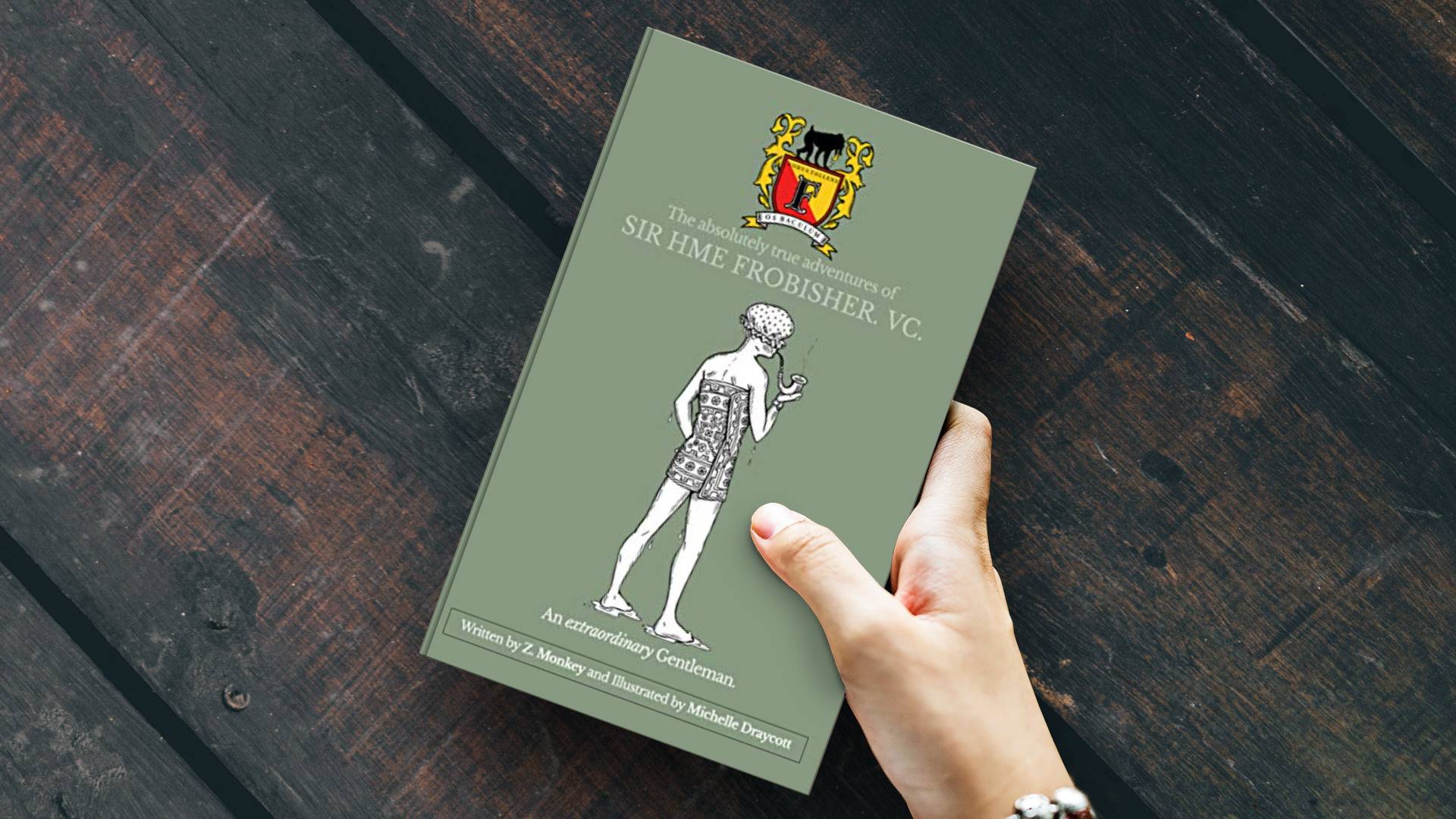 Frobisher is a caricature, larger than life Victorian ‘Boys Own’ hero. A retired military man who is now a detective, working together with his ‘man’, Mouse. A Doctor-Surgeon, Mouse is the sober counterfoil to Frobisher’s sometimes rash outbursts and actions. There are three Frobisher tales:
The Magic Todger
Frobisher and the Ant
The Case of Jack the Stripper
…over which Frobisher’s character is expanded and we learn about his habits and foibles plus some of his history.
The whole adventure is an exaggerated fast-paced, slightly slapstick spoof on the likes of Holmes/Watson, Raffles/Bunny with some Dickensian, Wilkie Collins overtones. Where Holmes had a mortal enemy ‘Moriarty’ Frobisher has to deal with the machinations of the shadowy Gilbert Malarkey. Again, Holmes at times refers to Inspector Lestrade; Frobisher has Le Strap. It is merely there to amuse, there is no agenda or lesson, although some might see a moral in it as the two detectives have to deal with various Victorian social rules and inbuilt prejudices.
Fans of the Victorian era will recognize various ‘in’ jokes and references. The three tales are sequential in terms of plot and timescale, from the mid-Victorian era right to the dawn of World War 1 they also cross-refer and interlink.
Above anything else the idea is to amuse, it’s all tongue in cheek, there are stereotypes, but no offence meant and hopefully, none taken!

What they say about The Magic Todger and Other Stories:
This fellow ‘Monkey’ should be locked in an asylum and the key thrown away. The sooner he’s forgotten the better.
John Maggott former Prime Minister

After reading this book I vowed to devote my life to hunting down this ‘Monkey’ fellow and disposing of him like the vermin he is. Hanging’s too good for him, I call for a public disembowelling. I say ‘fellow’ but you just can’t tell nowadays.
Brigadier Herbert Carruthers-Thompson, Tunbridge Wells, Kent

I wouldn’t waste my spit on this so called ‘Monkey’. Well, I would actually but I’d resent it.
Thomas Bull, Burnley, Lancs.

The Frobisher stories are a symptom of everything that is wrong with our education system.
Cardinal Jacob Welbeing, Anglican Church

The grammar is terrible, the diction appalling and it’s full of split infinitives.
Jacob Mice-Rogg