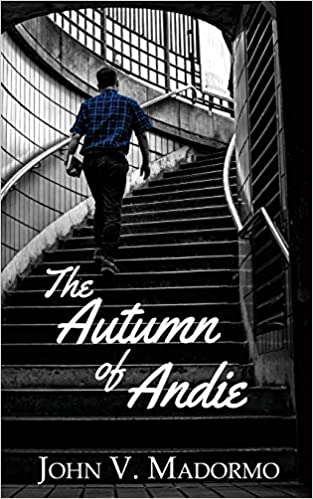 The Autumn of Andie

"The Autumn of Andie" is labeled as a teen/young adult book but I found myself caught up and enthralled in the drama of high school that happened during my growing up years. Set in the era of Vietnam protesters and anti-war rallies, one can easily look ahead a few years at the future of the main character, a young man interested in journalism and writing. This book appealed to me as an older adult reader. The characters are rich and interesting, the plot is one that is timeless, With an "American Grafitti" type of setting the book, will remind older readers of a different time, where without technology, relationships were different and life was slower and the future uncertain for young men of draft age. The hero of the story, Paul begins the autumn in his high school by trying to forget a summer relationship. He begins focusing on forging a new relationship with Andrea, better known as "Andie", a teen most consider out of his league.. His efforts begin well but go downhill when he begins to interact with her boyfriend, high school football player Colton. Along the way, he is a bit smitten by another young woman that becomes an unlikely source of good advice and a good friend from the "other side of town". The second in a series that tells a larger story around the romance of Paul, this book is a very good read. The Vietnam era is one that needs more storytelling and one can imagine how far this story of Paul might go. I hope so. This book is entertaining and timeless. Thanks to #TheAutumnofAndie#Netgalley for the opportunity to read and review this book. 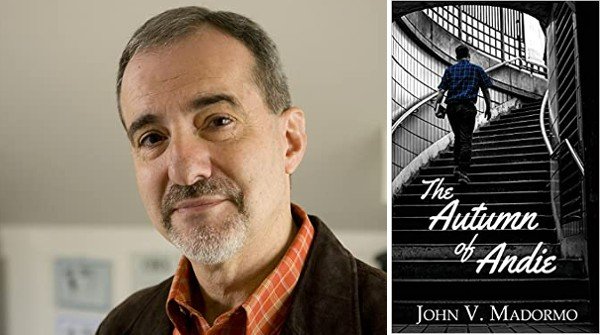 He is sixteen years old and has never had the courage to ask a girl out on a date. He thinks he’s a poor excuse for the average male…until he experiences something far worse. Paulie witnesses an unspeakable act by a member of the football team under the bleachers one afternoon. The star linebacker threatens him with physical harm if he tells anyone what he has seen. Paulie is at a crossroads. Should he protect a girl’s reputation? Or defer to the oversize bully intimidating him? Dating has suddenly taken a back seat to this new dilemma.

John Madormo, a Chicago area screenwriter, author, and college professor, has created a body of work that has attracted the attention of motion picture producers and publishers. John has sold a family comedy screenplay to a Los Angeles production company, is the author of a mystery series with a major New York publisher, and was recently named the Grand Prize winner of a national writing competition. Here are just a few of his accomplishments: – John is the author of a four-book series with Penguin Books for Young Readers. The middle-grade mystery series, “Charlie Collier, Snoop for Hire,” is a tale about yours truly, a 12-year-old private detective, who sets up shop in his parents’ garage and solves cases for fellow sixth-grade classmates. The debut novel, “The Homemade Stuffing Caper,” was released in May, 2012. The sequel, “The Camp Phoenix Caper,” was released in February, 2013. Book #3 in the series, “The Copy Cat Caper,” hit bookstore shelves in September, 2013. And Book#4 debuted in 2017. – John sold a family comedy screenplay, “Coach Dracula,” to Dog & Rooster Productions, Studio City, CA. (Sheri Bryant will produce; Greg Aronowitz will direct). – He optioned a family comedy screenplay, “Two-Faced,” to Doris Roberts (“Everybody Loves Raymond”) Enterprises. Ms. Roberts and her manager-son, Michael Cannata, held the rights for 3 years. – John Madormo completed a screenplay adaptation of the young adult novel, “The Ghost of Lizard Light” by Elvira Woodruff, for Flatiron Films (producers of the 2000 release, “Pay It Forward,” starring Kevin Spacey and Helen Hunt). – John signed a contract with Zumaya Publications (Austin, TX) for a middle-grade series titled, “The Adventures of Rutherford, Canine Comic.” The book was released in fall of 2020. – He signed a contract with The Wild Rose Press (Adams Basin, NY) for a young adult novel titled, “The Summer of Guinevere.” The book was released in the spring of 2019. – John also signed a contract with The Wild Rose Press (Adams Basin, NY) for a young adult novel titled, “The Autumn of Andie.” The book was released in the fall of 2020. John has placed in the following screenwriting competitions: – Grand Prize winner in the Reno Film Festival Best Synopsis Contest, and received First Place Award for Best Family Film Synopsis (“Paulie Perkins, P.I.”) – First Place winner for Best Family Film Synopsis at the Reno Film Festival for Best Synopsis Contest (“Dream Machine”). – Top 10 finalist in the BenderSpink Open Door Screenwriting Contest (“Paulie Perkins, P.I.) – Finalist in the StoryPros Award Screenplay Contest (“Paulie Perkins, P.I.”) – 2nd Place in the Comedy Division of the Chicago Screenwriters Network Midwest Screenwriting Contest (“The Boys’ Club”) – Top Ten Finalist in the Movie Script Contest Golden Brad Awards (“The Boys’ Club”) – Semi-Finalist in the Scriptapalooza International Screenplay Competition (“The Boys’ Club”) – Finalist in the WriteMovies.com International Writing Competition (“Kid Comedy”) John has also entered into option agreements with the following production companies: Paulette Breen Productions Flatiron Films Rearguard Productions Bonnie Raskin Productions Anton Communications Awesome Entertainment Brainstorm Media Doris Roberts Enterprises Dog & Rooster Productions You can read more about John’s writing projects at www.johnmadormo.com
Dear Reader, author’s recently published book “The Autumn of Andie” is now available on leading bookstores, get your copy now and help the author by writing a review of the book.
Available on Amazon