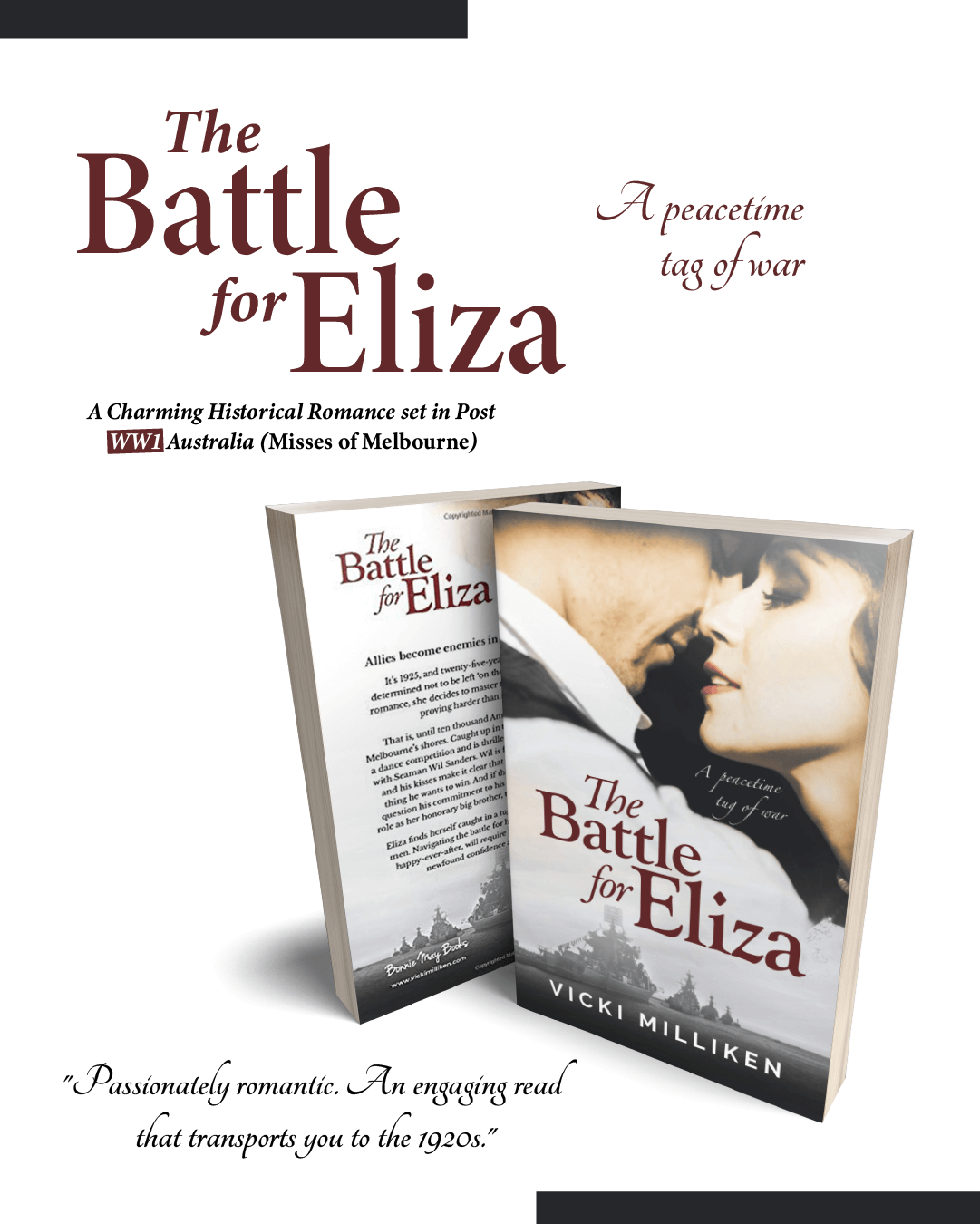 The Battle for Eliza

A peacetime tug of warAllies become enemies in affairs of the heart …It’s 1925, and twenty-five-year-old Eliza Sinclair is determined not to be left ‘on the shelf’. Inexperienced in romance, she decides to master the art. But finding love is proving harder than she imagined.That is, until ten thousand American sailors arrive on Melbourne’s shores. Caught up in the excitement, Eliza enters a dance competition and is thrilled to find herself partnered with Seaman Wil Sanders. Wil is fun and lays on the charm, and his kisses make it clear that the contest isn’t the only thing he wants to win. And if that’s making Alex Heaton question his commitment to his bachelor lifestyle and his role as her honorary big brother, then she isn’t complaining.Eliza finds herself caught in a tug of war between the two men. Navigating the battle for her heart and finding her happy-ever-after, will require Eliza to draw on all her newfound confidence and savoir faire.Praise for The Battle for Eliza” Passionately romantic. An engaging read that transports you to the 1920s.” Courtney Guthrie

About the Author: Vicki Milliken

Vicki’s new historical romance set in Melbourne Australia in 1925, Kiss by Kiss, has launched. Download it as an ebook or buy as a paperback.

Vicki Milliken is an Australian author who writes stories invested with humour and heart.

Her historical romances are told through 1920s heroines as they waltz, foxtrot and tango through life’s storms during the period between the two world wars.

Her children’s books are told through the lovable eyes of golden retrievers.

Vicki grew up living in many parts of Australia but calls Melbourne home.

When not writing, you can find her chaperoning her golden retriever on the local beach, cycling or drinking chai lattes. Most times in that order.

She’s looking forward to the day her writing keeps her in champagne.