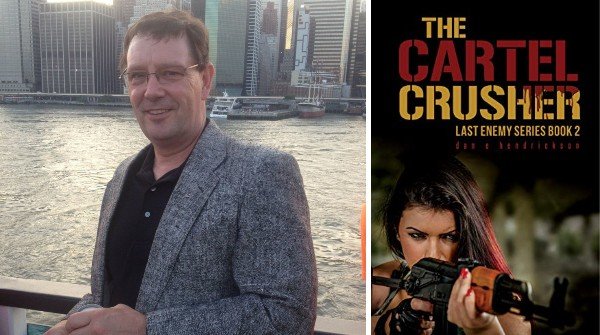 Marnia Gonzalez, oldest daughter of one of Mexico’s most popular Presidents, is rescued at sea from being raped and killed by a cartel connected Caribbean pirate, Dominik Thrace. Her rescuer, Commander Jacob Edwards of the U.S. Coast Guard, known as the “Hero of Cozumel” in Mexico, befriends her. The Cozumel incident causes Marnia to abandon her destiny of becoming a well-connected, high-society powerful woman in politics. Once content with being a member of Mexico’s influential, elite upper-class, she decides instead to be like her hero and fight against evil no matter the cost. Her sights are set on the cartels that terrorize people and breed ruthless monsters like Thrace. She fights against expectations of female roles as she graduates from Mexico’s Heroic Military Academy and becomes an officer in the newly formed Anti-Cartel Task Force. Not allowing anyone or anything to hold her back for being a woman, she takes on the ruthless cartels in their own backyards and proves herself capable, becoming called by the people, “The Cartel Crusher”. While investigating cartel child sex-slave trafficking, she comes face-to-face with the reality that her own mother’s family is the more significant secret power behind the cartels. As she turns her attention to Mexico’s most powerful Santiago cartel, a rising power in the secret society orders her death. As the remaining cartels unite to take her down, will she be able to trust her relationship with the son of one of the South American rival crime bosses? Will he help her, as promised, or betray her? She needs to dig deeper than ever before to withstand the combined onslaught. Will Santiago prevail yet again, or will Marnia survive the mass assassination? The future of her hero’s family depends on her more than she yet knows.