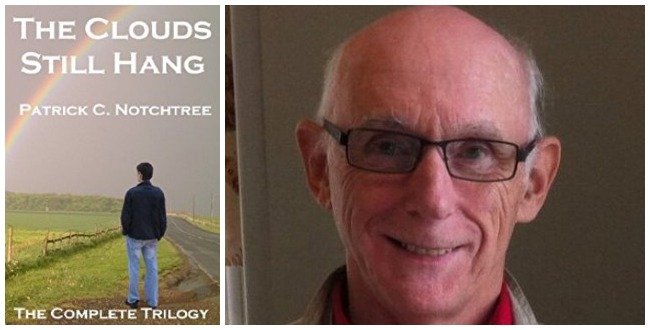 A trilogy telling a story of love and loyalty, betrothal and betrayal, triumph
and tragedy; novels that chart one man’s attempts to rise above the legacy
of a traumatic childhood.
The first book deals with Simon’s childhood friendship and eventually love
affair with an older boy, the second the trauma of his teenage years and early
adulthood, the third his struggle to maintain equilibrium and the consequences
of his failure at one point to achieve that.
It is a fictional biography, written because it tells a strong story which
raises many issues over six decades, the post war baby boomer generation who in many ways never had it so good.
His own experience is probably unique, yet will strike a chord with many others who have been through similar things, as well as those with an interest in such matters, either personal or professional.
It’s a varied, exciting, demanding, sometimes terrifying life story..

Part 1, “The Book of Daniel” has received 5 star reviews and enthusiastically tweeted about. Read here: http://www.limebury.com/books.html

It is not suitable for those under 18 years or who find explicit sexual narrative, including sexual violence, offensive.
Available on Amazon

“Tough to read but worth it”

After reading the first book “The Secret Catamite 1, Book of Daniel” I felt such anguish at it’s ending so I downloaded this trilogy “The Clouds Still Hang” which continues with the two additional books of the story. During the second book my stomach was a wreck, my guts were twisted. This story is tough to read but well worth it. I just wanted to fix all the problems Simon faced throughout the remaining story. So many people with their own agendas causing situations that Simon couldn’t control. Even at the end of the book I feel like a good cry.

Patrick now lives in the north of England with his wife and has his son and granddaughters nearby. Much of his life is reflected in the biographical trilogy “The Clouds Still Hang”, so to repeat too many biographical details here would be something of a ‘spoiler’!