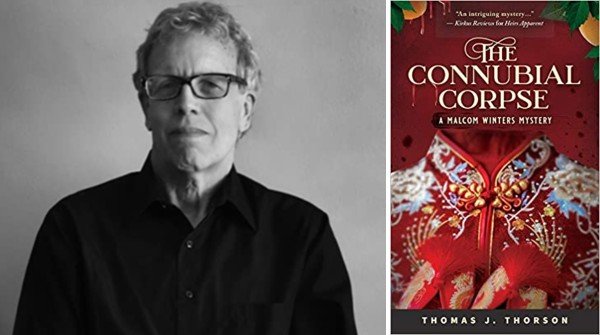 What begins as concern for a brilliant college student from China who starts missing classes takes a more sinister turn when the body of another young Asian woman, dressed in traditional Chinese wedding garb with her face immaculately made up, is found in a shipping crate heading overseas. Reluctant sleuths Malcom and Vinn uncover a baffling set of clues as they race around Chicago’s Chinatown trying to find the student before she meets a similar fate, along the way enlisting the help of a crossdressing businessman, an elderly faux Cuban cook, an overeager journalism student, a government source hiding behind a Vladimir Putin mask, and a posse of eccentric misfits. Their actions draw the attention of the local triad, putting a target on their own backs and putting a student journalist’s life in danger, before a final confrontation in a most unexpected place.