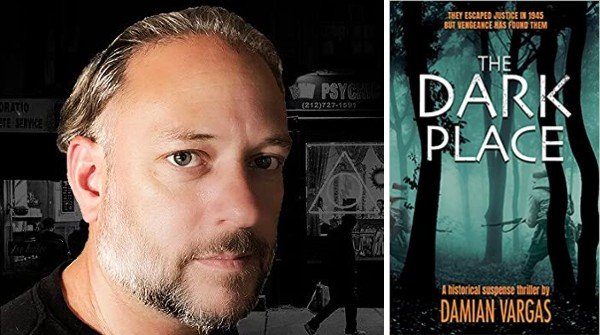 Inspector Jesus Garcia had experienced the worst of humanity but had dared to hope that he might finally have earned a quiet retirement. The drums of war, however, have the capacity to echo loudly across the ages, and this will be a day like no other.

The son of one of the most influential members of his Andalusian town’s secretive community of German nationals has been abducted. With the feared secret police on their way from Madrid, Garcia has less than a day to find the boy and to catch the culprit, but swiftly finds himself embroiled in the murky world of fugitive war criminals, vengeful Nazi hunters, and the Machiavellian intent of multiple state actors.

He had survived the brutality of the Spanish civil war and the difficult years which followed by steering clear of situations such as this one, but Garcia must now confront not only the legacy of his own past, but that of his troubled nation if he is to save the boy.

He quickly learns, however, that there are secrets that must be kept, a history that cannot be told, and that evil hides in dark places