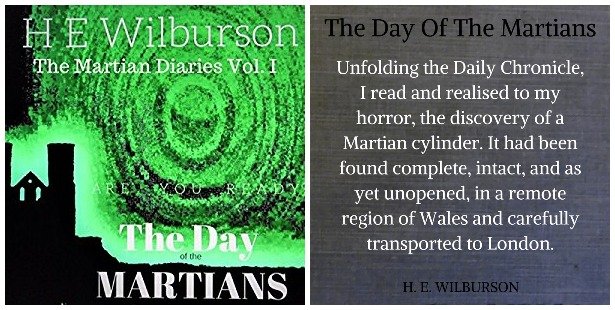 After 120 years comes a thrilling sequel to The War of the Worlds. This sci-fi audiobook captures the imagination and features original music and action!

The terror of the coming of the Martians has become a distant memory, a bad dream that has faded with time. It is now 1913, and the cozy, suburban life of the writer from H. G. Wells’ iconic The War of the Worlds descends again into a Martian nightmare. A cylinder from the previous invasion has been unearthed in Wales, intact and completely sealed from the Earth’s atmosphere, then transported to London for no apparent reason. It is unclear whether there are Martians still alive inside it after more than a decade.

On a hunch, the writer takes his wife with him to Mount Tryfan in Wales where they make a surprising discovery, but is it significant? With no realistic defense against Martian tripods and heat rays, the government has no choice and adopts the writer’s plan. But time is short, too short. Only a single hope now stands in the way of the Martian onslaught and The Day of the Martians….

“A great story to listen to!”

This audio book was great fun! I loved it! The story kept me on the edge of my seat for the entire tale. The narration and the sound effects were top notch. I felt like I was transported into the past and was witnessing these events myself.
As the sequel to such a famous story it was handled quite well and felt so organic to the original story.
I give The Day of the Martians 5 STARS! I loved it and so will you!
I am very happy to report that there are two more stories coming: “The Lake on the Moon” and “Gateway to Mars”. Thank you, Mr. Wilburson.