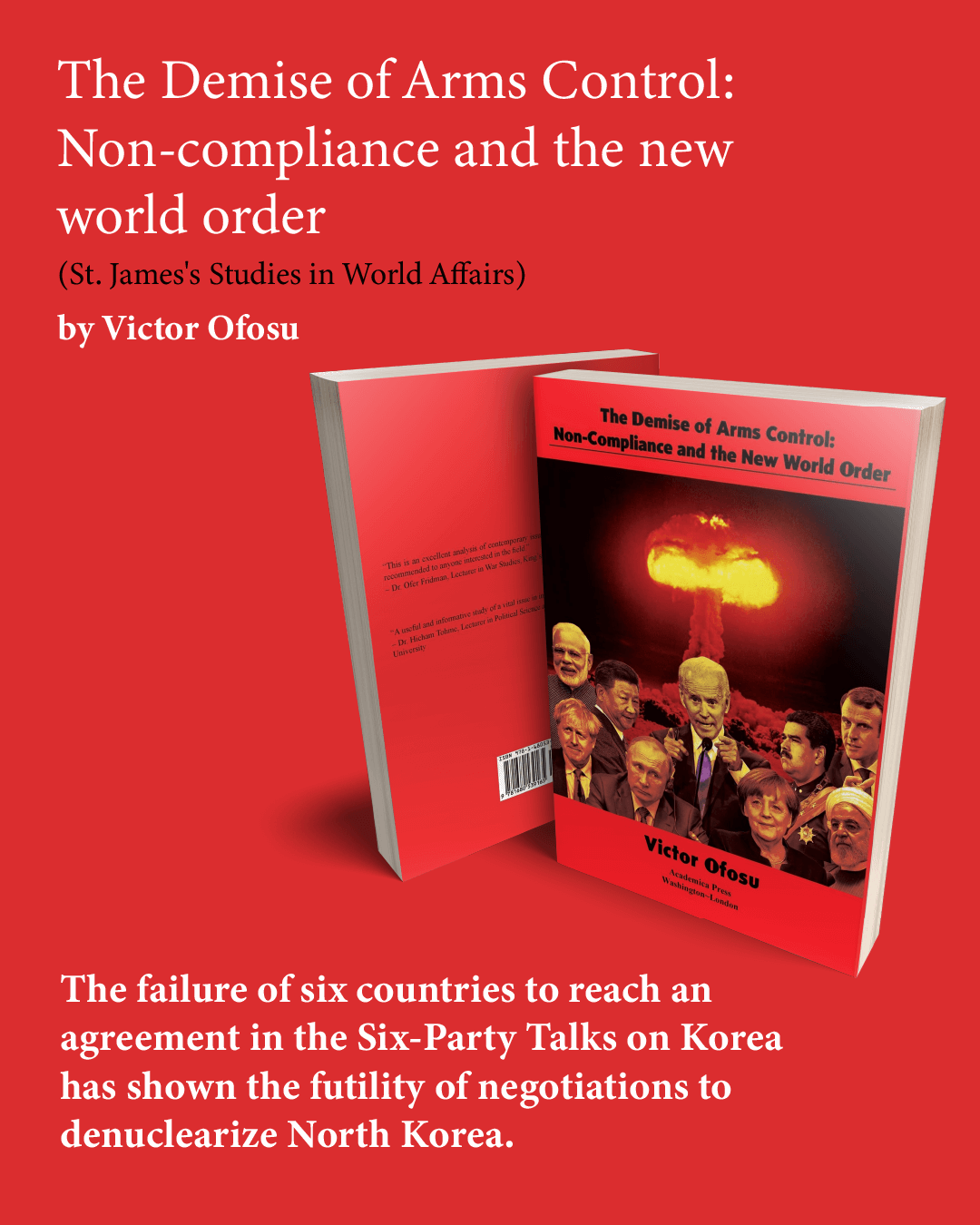 The Demise of Arms Control

The failure of six countries to reach an agreement in the Six-Party Talks on Korea has shown the futility of negotiations to denuclearize North Korea. As Victor Ofosu shows in this timely new study, diplomacy failed because nuclear reversal is not in Pyongyang security, regional, or economic interests. This analysis examines factors which may encourage North Korea and other nuclear powers to reverse their posture, including considerations of constraint surrounding the INF treaty between the United States and Russia. The book also considers arguments criticizing the effectiveness of arms control agreements, the application of security and domestic models of arms control, and how security and domestic issues can deter a state from complying with a treaty.

About the Author: Victor Ofosu

Victor Ofosu (born May 9, 1978) is a British author, businessman, and equality campaigner. He holds a diploma in business and a bachelor’s degree in international politics from London South Bank University, and a master’s degree in arms control and international security from King’s College London. Victor has worked as a journalist, political activist, editor, and event organiser. He has travelled across Europe speaking on equality and African development and worked as a public relations manager. –This text refers to the hardcover edition.