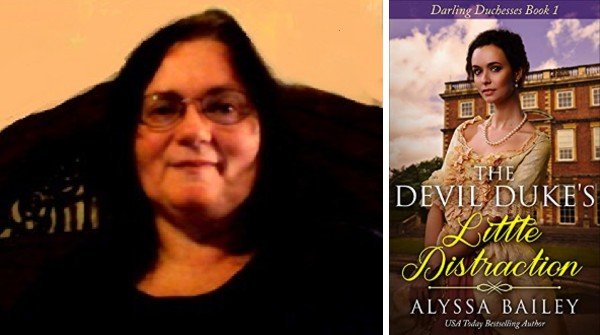 Falling in love was never part of the bargain.


Lady Sofia Cloverfield’s family has disintegrated, and she finds herself on the streets to make her own way with only a few guineas and her wits with which to rely on to survive. Sofia uses her common sense and prays she can figure out how to turn her fate around.

Exeter Trenton, the Devil Duke, is wealthy, handsome, and lonely. His position demands he take a wife, but he finds none to his liking. Then, quite by accident, his luck changes when his horses nearly trample a waif he mistakes for a child. He allows her to leave with his chastisement ringing in her ear but not before he finds she is no child.

Once home, Trenton finds he can’t get the little minx out of his mind. Telling himself he would be creating a better life for her, he devises a plan to bring her home for a brief distraction.

The Duke initially intends to enjoy her attributes and teach her the thrills of being a woman with an attentive lover. One who engages in incomparable pleasures while remaining diligent in keeping her safe, but plans change, and before he can stop her, his little distraction has gotten under his skin and crawled into his heart.

Now the Devil Duke can never let her go.

Just as Sofia realizes Trenton is more dangerous than she ever suspected, her heart is engaged, and her life is at risk, forcing her to draw on every skill she has learned to save herself from a fate she had barely escaped several times before.

The Duke’s goals for Sofia may have changed, but not even the confident, masterful, and influential Duke can see into the future and know that someone else has a different ending planned for his Fia… a very different ending.