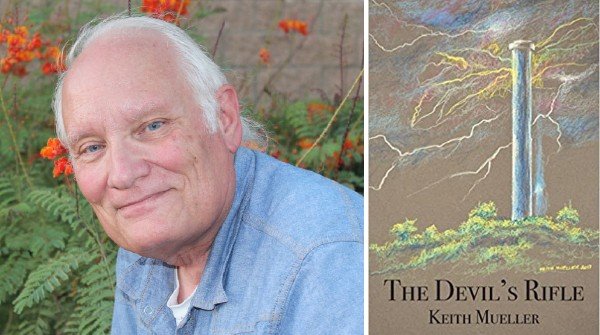 Welcome to the small town of Hobbs, Arizona. Located about 120 miles north of Phoenix, Hobbs was originally founded in the 19th century as a lumber camp around which the town sprang up. Once all the big trees had been harvested, the lumbermen left Hobbs in search of work elsewhere. But though the population of the town dwindled, its dark history remained. During the town’s lumbering heyday, children and teenagers occasionally vanished, never to be seen again. A mystery never completely solved, much like the mysterious explosion at the sawmill that almost burned the entire town to the ground. There also remains this unanswered question: How did the tall smoke-stack, the only structure left standing at the sawmill after that massive explosion, get its name, The Devil’s Rifle? A source of speculation among the locals, the answer remains elusive. Now, in the early 1990s, Hobbs is a small but thriving middle class community. Its dark past all but forgotten, Hobbs has attracted a growing retiree population who see it as the perfect retirement spot—a peaceful mountain town with a mild climate and plenty of fresh air, yet not too far from a major city. It has also attracted a younger population of small business owners and employees who see Hobbs as a town of opportunity and, all in all, not a bad place to live and raise a family. Meet Curt Paxton, high school senior. Curt’s ambition is to major in art at Arizona State University, and become a famous artist. A transplant, he’d moved to Hobbs with his parents several years ago because of a job opportunity for his father. Following the tragic death of his mother in an automobile accident, a childhood nightmare has returned. The dream, repetitive and detailed, haunted him years ago. Now the dream is back, and Curt is seeing things and knowing things he couldn’t possibly see or know. And without meaning to, he stumbles upon the dark secret of Hobbs—the secret of the disappearing children, the reason the smokestack on the edge of town came to be called The Devil’s Rifle.